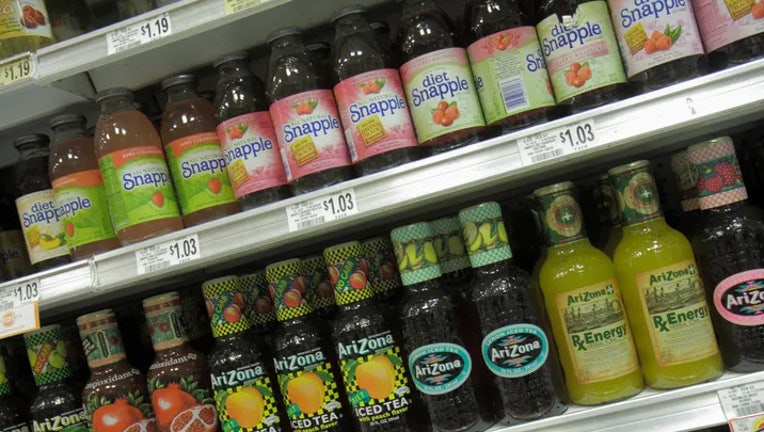 Don Vultaggio, the chairman and co-founder of AriZona Beverages – the maker of 99-cent iced tea – declared on "Cavuto: Coast to Coast" Thursday that right now he has "no intention" of raising prices even with inflation accelerating to four-decade highs.

The Labor Department said earlier this month that the consumer price index (CPI) – which measures a bevy of goods including gasoline, health care, groceries and rents – rose 8.5% in March from a year ago, the fastest pace since December 1981, when inflation hit 8.9%. Prices jumped 1.2% in the one-month period from February, the largest month-to-month jump since 2005.

Price increases were widespread: Energy prices rose a stunning 11% in March from the previous month, and are up 32% from last year. Gasoline, on average, costs 48% more than it did last year after rising 18.3% in March on a monthly basis as the Russian war in Ukraine fueled a rapid increase in oil prices.

Food prices have also climbed 8.8% higher over the year and 1% over the month.

"What I’m hearing lately is a lot of companies reporting earnings and their earnings are up because they have raised the price," Vultaggio said.

As the cost for everything from gas to food has soared in recent months, the price of AriZona iced tea has remained the same with a 23-ounce can of AriZona’s iced tea costing just 99 cents, the same price as when Vultaggio first introduced the drink three decades ago.

The price of aluminum, used to make cans, has increased recently with the Russian invasion of Ukraine making matters worse given Russia is one of the world’s biggest aluminum producers.

"So far we’ve been able to do it," he told Cavuto. "It seems like things are easing off a bit on some of the costs that were spiraling way out of control, and we’ll see how things handle themselves over the next few months."

"Right now we have no intention of raising prices," Vultaggio continued.

"We think the consumers deserve a deal and a break and we’re trying to give them that break."

He noted that the efficiency of his plants helps keep the prices stable.

"When we started out in 1992, we were running the cans on fillers that run 150 a minute. Today we run 1,500 a minute. That’s a big move from an efficiency point of view," Vultaggio told Cavuto.

He also noted that his new plant in New Jersey is "very automated" and includes "robotic warehousing."

"I built a business on planning for the worst and hoping for the best and when you get into a tough time like this, you’re able to, maneuver through it," he said.