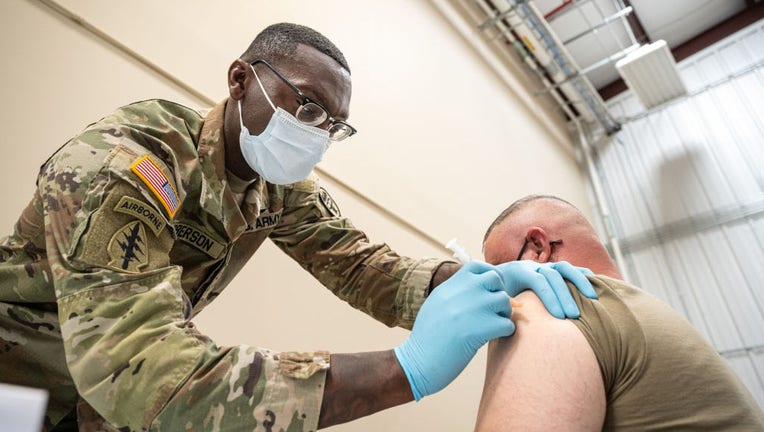 U.S. Army commanders have relieved six soldiers from positions of leaderships and issued 2,994 general officer written reprimands in response to soldiers who have refused to comply with the COVID-19 vaccination order.

Among the six relieved from leadership positions were two battalion commanders, the Army said in a Wednesday press release. But the service so far has not involuntarily discharged any soldiers solely for refusing the vaccine.

The Army will be issuing guidance for discharging vaccine holdouts later this month, with the press release saying that 3,611 soldiers are still refusing to get the vaccine and have not received an approved exemption.

The news comes the same day the U.S. Navy released updated numbers on its vaccination progress, revealing that 5,209 active component and 2,968 Ready Reserve service members have yet to receive the shot.

The Navy has granted 244 temporary medical exemptions and 68 administrative exemptions, while none of the 3,038 requests for religious accommodations have been approved as of Wednesday.

The Marines, Air Force, and Navy have already begun to discharge service members who have failed to comply with the vaccine order, which was issued by Defense Secretary Lloyd Austin in August.