This Warren Elly report originally aired on WTVT in August of 1997, one week after Wildlife on Easy Street sanctuary founder Don Lewis vanished. He was never seen again.

TAMPA, Fla. - With the debut of Tiger King's second season, the Hillsborough County Sheriff's Office will hold a press conference as they continue to search for answers in the disappearance of Don Lewis, Carole Baskin's ex-husband. The cold case was a topic when the show premiered last year.

The new season explores the case surrounding Lewis. He has now been missing for over 20 years. Baskin, the owner of Tampa's Big Cat Rescue, sued Netflix for using footage of her in promos for the second season, even though she wasn't involved with it. She wanted the show postponed, but a Tampa judge ruled this week there wasn't time.

The sheriff's office is leading the Don Lewis case. Corporal Moises Garcia, the lead detective, will be speaking Thursday morning, to offer the latest since tips began pouring in following the premiere of Tiger King in 2020.

The seven-episode true-crime series dove into the world of big cat owners. An entire episode was dedicated to the circumstances involving the disappearance of Baskin's husband. In the documentary, one theory implied that Lewis' body was placed in a meat grinder and fed to the tigers. It's a theory that Baskin disputed. Another was that his body may be under a septic tank at the Big Cat Rescue property.

"The meat grinder shown in the video was enormous. Our meat grinder was one of those little tabletop, hand crank things, like you’d have in your kitchen at home," Baskin wrote in her blog post refuting the docuseries. Investigators said the septic tank wasn't there at the time of Lewis' disappearance and said the meat grinders were moved several weeks before his disappearance.

"I'm not saying they could've taken it somewhere else. There was no ability to test them because they weren't on the property," said Sheriff Chad Chronister, adding that he stood by the detective work done back in the 90s. The technology available today, like GPS tracking and cell phones, were not available back then. 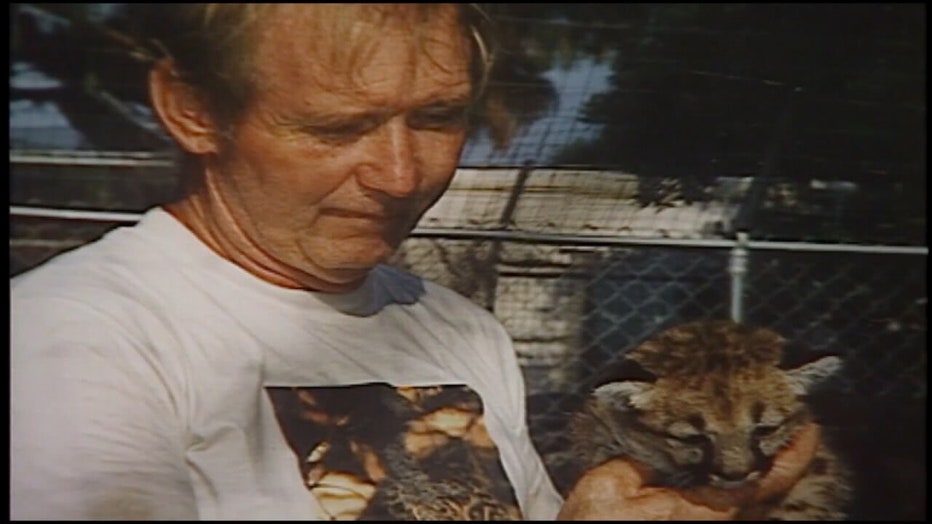 "Someone who feels more comfortable talking will come forward," Chronister said. "I hate to put it this way but let's make a deal. Let's solve this case."

To this day, the case remains open, and it was never closed.

"Do I think it's a homicide? Yes, I do," Chronister said during a TMZ Special in April 2020. "There's too many things that are suspicious. Who leaves their entire wealth behind? Who leaves their kids behind? Then, you look at the will and how questionable that was."

He also said he doesn't believe it was a crime of passion.

"I don't believe someone committed this by themselves," Sheriff Chronister explained. "Something that I think is as complex as his disappearance, I think it took more than one person -- and I'm hoping that person or anyone else that was involved with this will feel comfortable enough to come forward."