Aspiring Olympian Brittany Charboneau set a Walt Disney World weekend marathon record, sweeping all four races in consecutive days. It is the first time a runner has won all four races in the 29-year history of the event.

Brittany Charboneau from Denver completed the 26.2-mile marathon on Sunday in 2 hours and 45 minutes, taking the top female runner spot. Vanilson Neves from São Paulo, Brazil was the overall winner of the marathon, crossing the finish line just two and a half hours into the race.

Charboneau also won the top spot in the female runner categories for the 5K, 10K and half-marathon races to complete the "Dopey Challenge," which is a combined 48.6 miles. For each race, she dressed as a favorite Disney character. 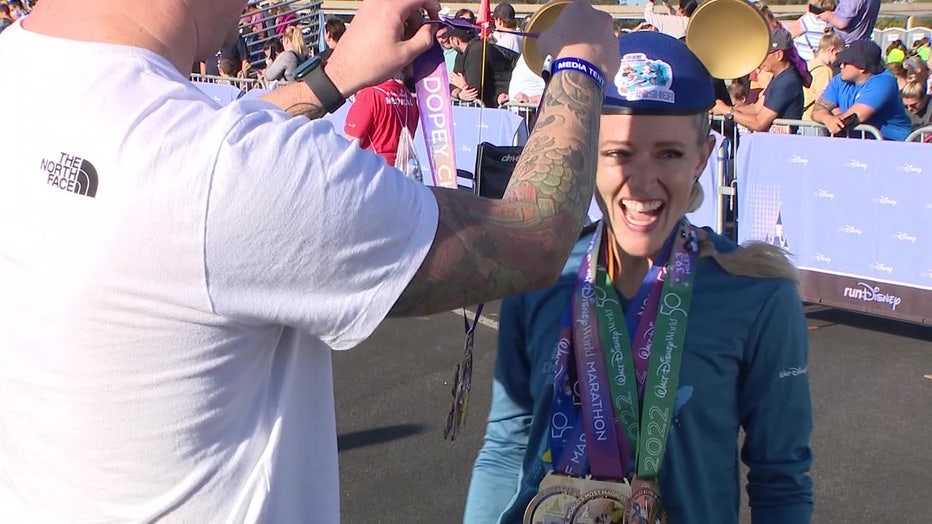 "Doing this at Disney is soul-filling," she told FOX 35. "I just had the best time, the best time on every single race. It was magical, honestly."

Charboneau said she suffered an injury while training for the Boston Marathon, so she wasn't trying to set any records.

"This was such a mental-win weekend for me. My goal was never to win all of these," she told the Orlando Sentinel. "My goal was to go out, wear costumes and have an amazing time."

Charboneau told the newspaper that she also tested positive for COVID-19 around Christmas, even though she is fully vaccinated and boosted.

It's the first time a runner has topped all four races in the Disney event's 29-year history, the Sentinel reported. 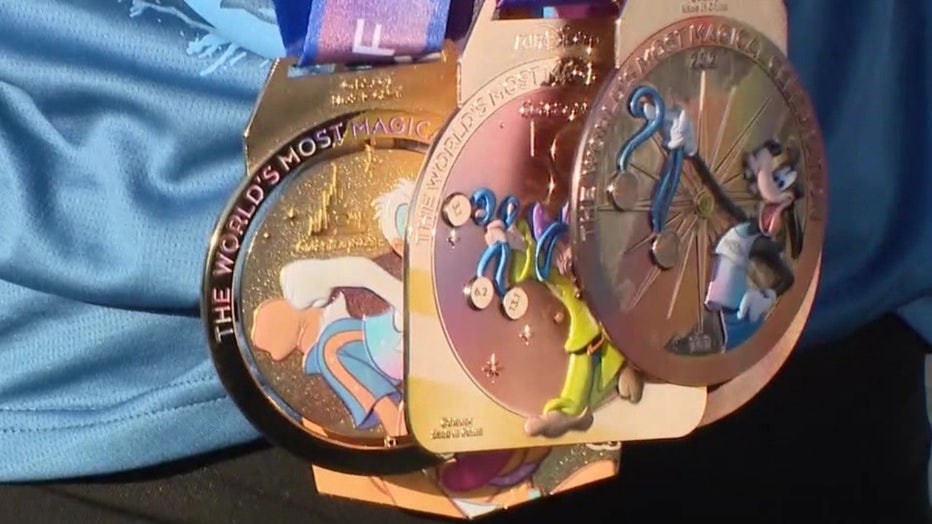 Charboneau, who is training for the 2024 Olympic trials, dubs herself "the funny runner."

"The reason I wanted to do this is to remind people you can have big goals, but you can have fun with it," she said.

The marathon is also something of a charity event for Disney.

As the runners go, they build up body heat and a lot of them end up taking off some of the clothes they're wearing as they continue the race.

Hats, T-shirts and sweatshirts get collected by Disney staff after the marathon and are donated to local charities.

The Associated Press and FOX 35 Orlando contributed to this report.