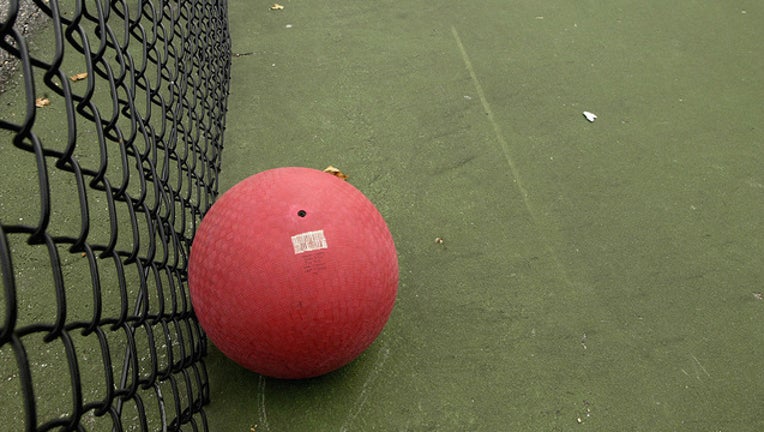 CANTON, Mich. (FOX 2) - UPDATE: The charges against the boy were dropped the day after the boy's mother demanded the lawsuit be dismissed. Previous story below:

A Canton 10-year-old boy has been charged with aggravated assault for playing a game similar to dodgeball in school, when a ball that he threw hit another student in the face.

Cameishi Lindley is the mother of the 10-year-old boy. She hired Attorney Maurice Davis to represent her son and demand the charges be dropped.

According to the boy's mom's attorney, the incident happened on April 30, 2019. The little boy, who was not named in the lawsuit press release, threw a ball that hit another student in the face.

The charges were dismissed by prosecutor's office on Thursday.

Lindley said the game was dodgeball but the Wayne County Prosecutor's Office says the boy was actually playing a game called Tips. In Tips, a rubber ball, similar to a dodgeball, is used but it does not involve throwing the ball at players. In Tips, players stand in a circle, throw the ball in the air, and then try to catch it, while jumping.

The prosecutor says when the game was over, the 10-year-old took the ball and then threw it at a 9-year-old, hitting the child in the face. That child suffered a concussion and abrasions and a complaint was filed with Canton Township.

After a review of the evidence presented, the 10-year-old was charged as a juvenile with aggravated assault, which is a misdemeanor charge in adult court.

Lindley says the charges are "trumped-up" and are an act of racism which she says has not basis in the law.

"My son is not a criminal.  He...was a little boy playing a game of dodgeball at school, a childhood activity that is as American as baseball and apple pie. If every child that played a game of dodgeball and threw a dodgeball at another kid was thrown in jail the vast majority of our country would be behind bars. The criminal charge against my son is ridiculous, racist, un-American, and unlawful. The only thing my son is guilty of is being a Black boy."

Davis said, if the student who threw the ball is charged, then all other teachers involved in the game should be charged.

"You cannot criminally charge a child for participating in a dodgeball game at a school. If the school intends to hold this child criminally liable for a dodgeball game, then the prosecutors need to bring charges against all of the teachers and school employees that initiated the game, allowed the children to participate in the game, and supervised them during the game. These charges are ridiculous and we demand that the charges are dropped immediately or we will pursue a civil case for malicious prosecution against the state attorney for charging him and will pursue a civil claim against the school."

In response, prosecutor Kym Worthy offered this explanation for the decision to file charges:

"In many juvenile cases, we are able to craft solutions prior to charging any offense. After charging remedies can be anything from dismissal, to providing needed services for the juvenile respondent to diversion programs and beyond."

A previous version of this story stated the boy was from Detroit when he is from Canton.