Deep sky enthusiasts gather near Sarasota to peer into the depths of the universe.

SARASOTA, Fla. - Seventeen miles east of the bright lights of downtown Sarasota, a small group searches for a little perspective. The group's name is the Local Group of Deep Sky Observers.

For almost 40 years, members have met to seek out and capture the far reaches of the universe - with breathtaking success.

"Being able to look at these objects gives you a sense of awe and wonder and a sense of your place in the universe," offered club president Jonathan Sabin.

The club formed over 37 years ago and attracts people who like to look at the deep sky.

"Deep sky stuff is the faint fuzzies. It's the galaxies, the nebula, star clusters and things that wouldn't be visible from a brightly-lit downtown area, like the moon and the planets," describes Sabin.

Some observers, like Sean McDonald, love capturing the night sky through photography.

"I love the challenge of mastering the equipment and then you get to reveal the beautiful things that are out there," he said.

His subjects can range from a mere 746 million miles away to an incomprehensible 29 million light-years away. 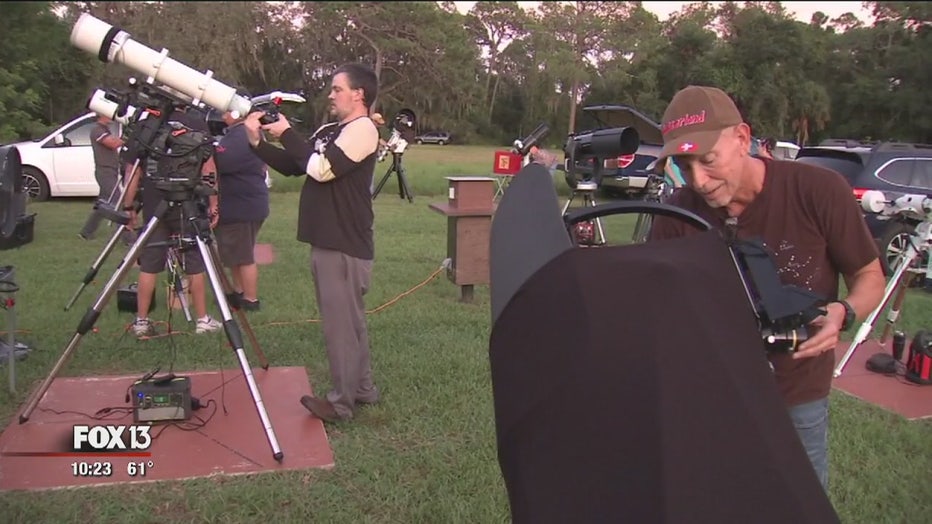 "We didn't have the competition 30 years ago. With internet, you've got all types of things competing for people’s attention," he explained.

"I don't think you need to go to the movies to see superheroes, to see fantastic stuff, because it’s all fake. What’s up there is unbelievable!" he added.

The Local Group of Deep Sky Observers holds nine events a year that are open to the public. They call it sidewalk astronomy. For a list of dates and locations, visit http://www.lgdso.com.