At 96, Woody Williams is the second oldest living recipient of the Congressional Medal of Honor and the only one from World War II attending the Medal of Honor Society's convention this week in Tampa.

TAMPA, Fla. - At 96, Woody Williams is the second-oldest living recipient of the Congressional Medal of Honor and the only one from World War II.

Williams feels thankful to be able to join dozens of our nation's heroes at this week's Medal of Honor Society convention in Tampa. But he's always thinking of those heroes who never made it home.

"They really sacrificed their lives protecting mine," he told FOX 13'S Lloyd Sowers.

In 1945, Williams was a young Marine corporal, landing on a Pacific island he'd never heard of, Iwo Jima. The raising of the flag would become famous, but what Williams did helped turn the tide.

To capture an airfield on the island, he had to get to Japanese troops holed up in bunkers.

"I was actually the only flamethrower operator in my company," says Williams. "To either get flame in there or an explosive that would kill them." 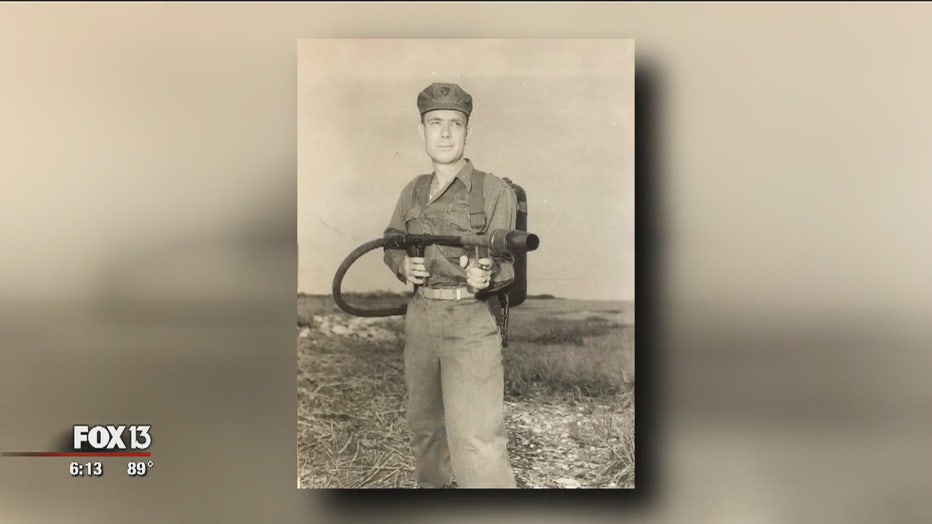 Along with four Marines providing cover fire, Williams killed enemy troops in seven bunkers. Two of the Marines who covered him were killed. Other Marines went on to capture the airfield. Williams was awarded the Medal of Honor by President Harry S. Truman on October 3, 1945.

"27 Medals of Honor were awarded for Iwo Jima, 13 of us got home, the others sacrificed their lives earning it," says Williams. "And I am now the last of the 13."

He's also among the last who remembers the Battle of Iwo Jima first-hand. 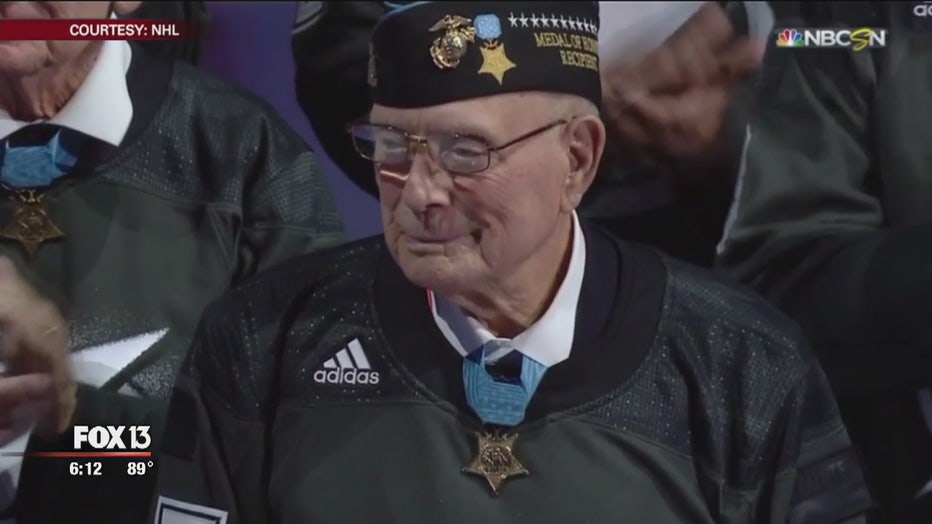 "There are still parts of it that are still very vivid in my mind. I'll take it with me when I go to Heaven" he says. "It will always be there."

He believes he survived for a reason.

"Am I serving that reason or purpose? I hope I am," he says.

He's living history and an ambassador for his nation's highest military honor. He served in the Marine Reserves for many years and went on to make a career at the Veteran's Administration.

At 96, he remains active speaking at public events and working on behalf of Gold Star Families. 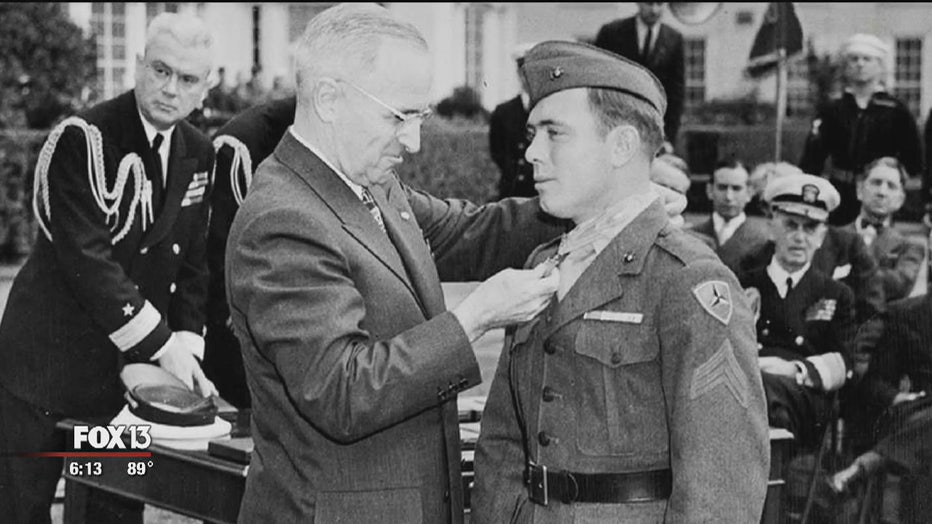