From the Panhandle to the Everglades, one Bay Area woman hiked the entire Florida trail not once, but three times. Now, she is heading into her fourth attempt.

TAMPA, Fla. - Just a few weeks ago, Amanda Hus was preparing to set out on a uniquely-Florida adventure.

"It goes from Big Cypress Preserve down in the Everglades up to Pensacola," she said, describing the Florida Trail.

It's one of eleven national scenic trails in the United States. The 63-year-old is making the 1,300-mile trek -- for the fourth time.

But, Amanda doesn’t hike it like most people. She focuses on one section at a time, perhaps over a period of several years. She "thru-hikes" the Florida Trail. 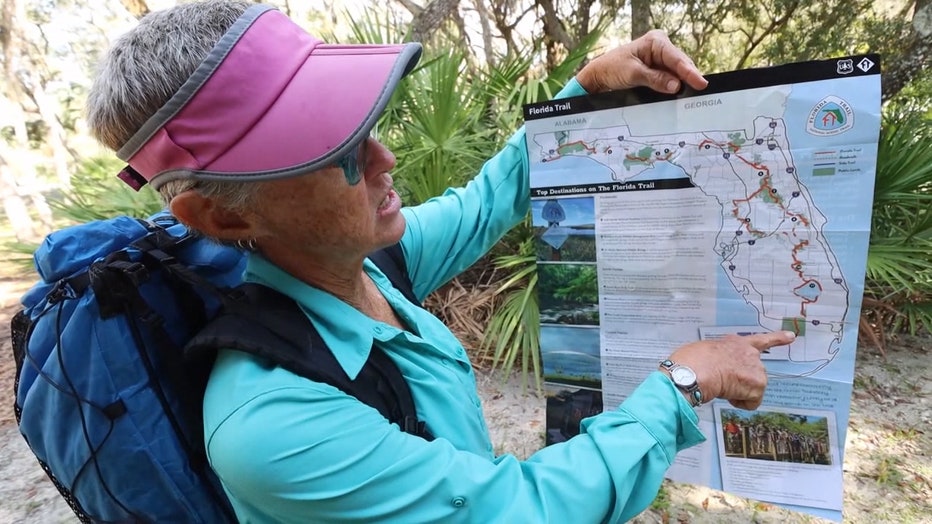 "A thru-hike is when I start at the beginning one day and I basically just keep walking that same year all at one time until I get to the end," she explained.

She says the trip should take about two and a half months.

All that Amanda needs fits in her backpack, including a small tent and air mattress. She occasionally takes a day off to check in to a motel, rest, and do laundry. 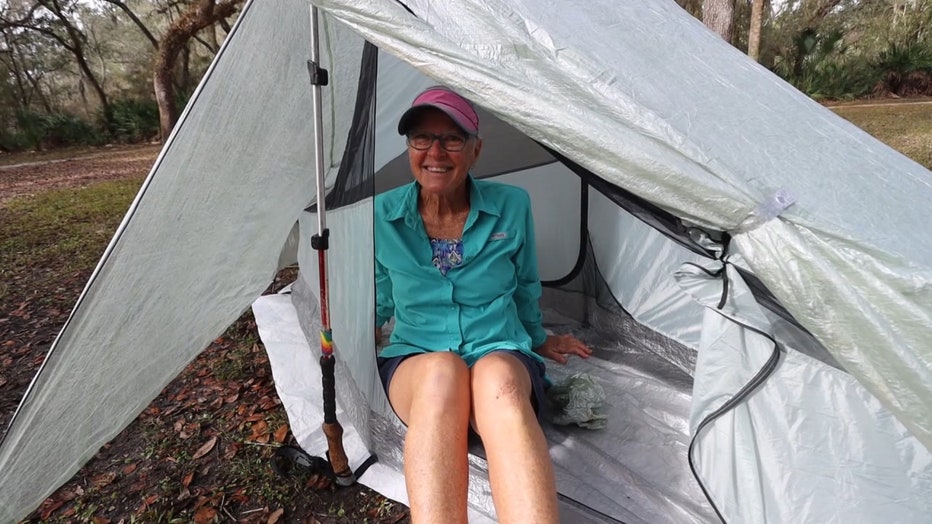 "You just meet people on the trails, and you become close friends quick because you are together 24 hours a day, all day long," she said, "without any distractions, you have at home."

But for several stretches of the trail, Amanda will spend days at a time alone with her thoughts.

"It makes me realize what’s important in the world and in life, and in my life," she said. 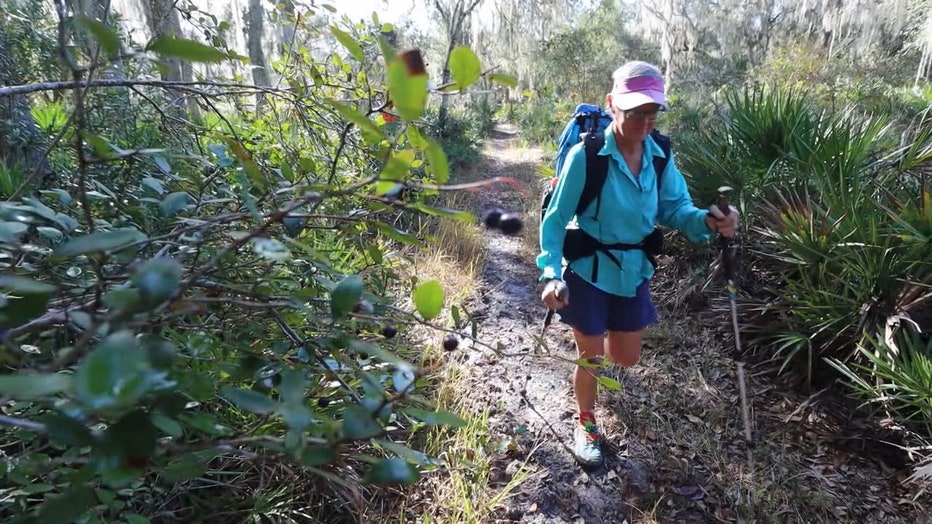 During her recent trek, Amanda was around mile 340, east of Orlando. She suffered an ankle injury and a doctor says she must stay off her feet for three weeks.

She's disappointed but says as soon as she heals up, she'll hop right back on the trail to finish her fourth hike of the entire Florida Trail.