The events began unfolding after deputies spotted 27-year-old Dylan Ray Scott, who was wanted on felony warrants of grand theft and resisting arrest, the sheriff's office said. Scott was seen sitting in the driver's seat of a pickup truck at a McDonald's parking lot, located at 11007 Bloomingdale Avenue.

Around 10 p.m., deputies approached the truck and informed Scott of his arrest warrants, then asked him to get out of the truck. 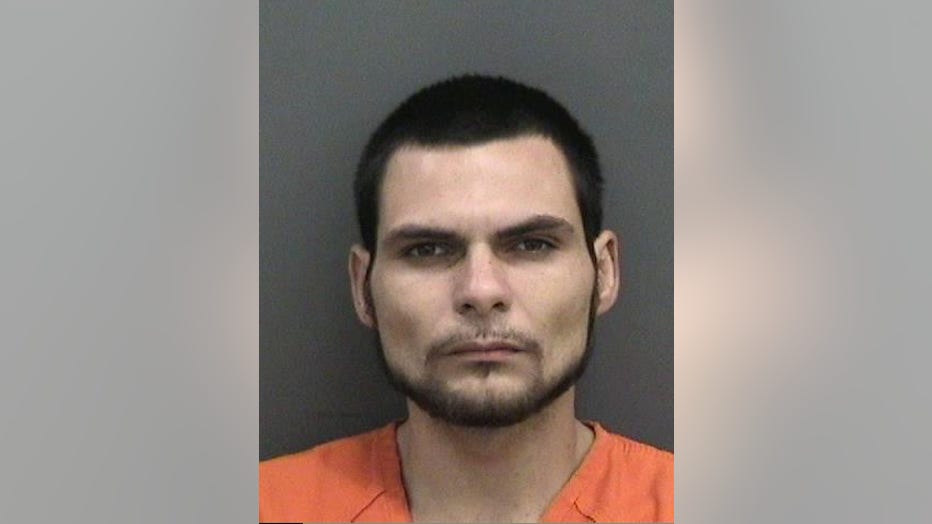 "Instead of surrendering himself, he punched the gas on his truck, went out through the parking, down the ravine, out in the busy road of Bloomingdale Avenue, at which time he struck an innocent driver," Sheriff Chad Chronister said.

Body camera footage released by the sheriff's office shows the truck veering left before crashing into a silver minivan. Deputies ran into the road, yelling for Scott to show his hands numerous times.

The sheriff's office said deputies began rendering aid to that driver, who was taken to a nearby hospital after complaining of chest pains following the crash.

Deputies said they were able to get Scott's female passenger out safely, but didn't specify how. 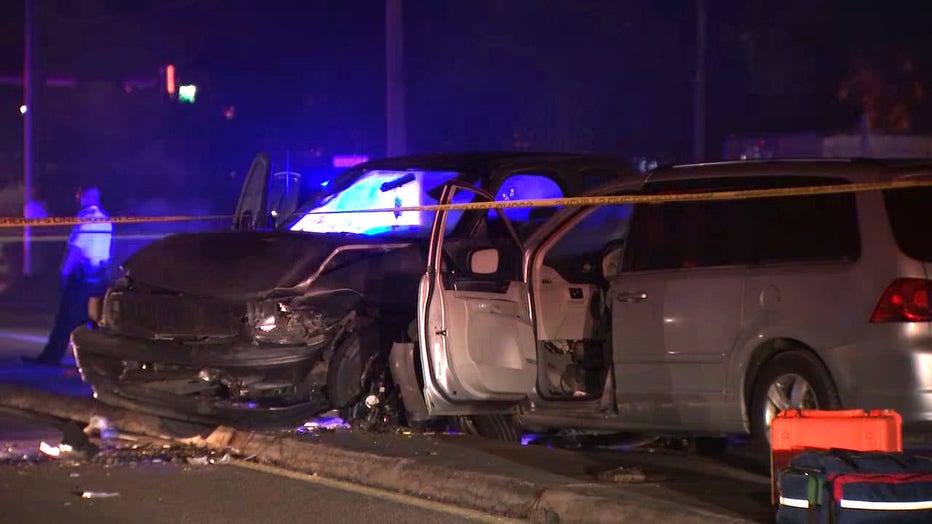 The bodycam video shows more than three minutes of deputies trying to convince Scott -- who claimed he was armed -- to put his hands up. They said he told them his weapon was near his waistband.

"I do not want to shoot you," a deputy is heard saying, "but if you don’t show me your hands that's what is going to happen. Talk to me. Hey, talk to me, look at me."

Other deputies were trying to convince Scott to do the same, telling him he would be out of jail tomorrow.

"I know you're hurting right now. We'll get you help," a deputy said.
"Listen to my voice. I don’t want to do this. It is not worth it. The warrants you have right now, you'll get a bond but if you make a bad decision right now, it could cost you your life. I'm begging you not to make that choice."

Eventually, Scott reached toward the location where he claimed the firearm was located, the sheriff said. 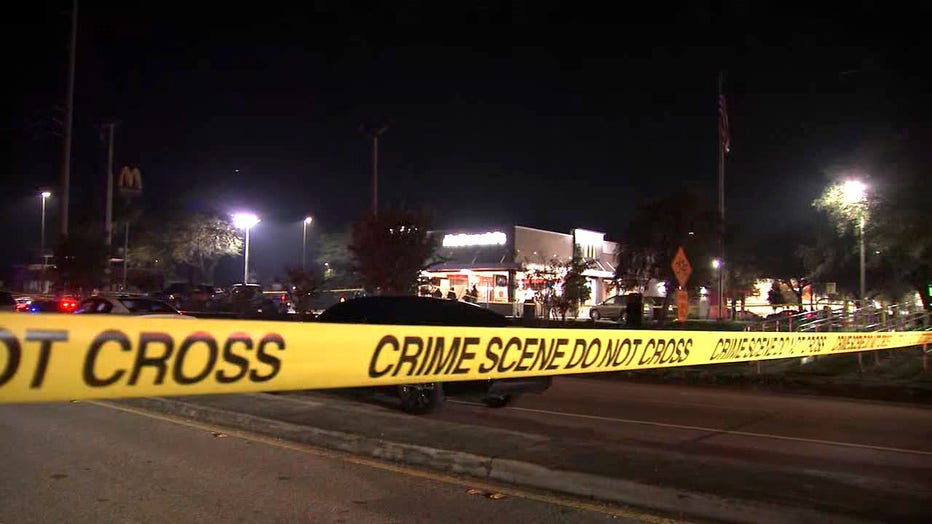 Scott was airlifted to Tampa General Hospital, where he died from his injuries.

Hours later, state law enforcement officers learned he never had a weapon. They also said an "officer safety alert" was issued on July 29 after his mother called the Hillsborough County Sheriff's Office.

"He left a note at her home claiming he wanted to die via suicide by cop," the agency said.

Chronister said Scott's criminal history in Hillsborough County dates back to 2014 and includes charges of battery on an officer, fleeing and attempting to elude police, reckless driving, and drug possession.

"The body-worn camera video shows the more than three minutes our deputies begged and pleaded with Dylan Scott as they tried to de-escalate the situation last night," Chronister said. "In any given situation, I never want it to end with someone losing their life. Our deputies did all they could to try to end last night's events peacefully, and for the sake of transparency, I believe this video shows that effort."