TAMPA, Fla. - The Tampa Bay area is loaded with high-powered sports figures, most of whom are household names: Tom Brady, Bruce Arians, and Jeff Vinik, to name a few, but there is someone from Tampa Bay who is just as powerful in the sports world and you may have never heard of him.

Fred Ridley is the chairman of the famed Augusta National Golf Club and he has lived in the Tampa Bay area his entire life.

Standing next to Ridley as he scans one of his photo albums from the Masters, you are quickly in awe of the life he leads. As chairman of Augusta National, the Tampa attorney is in charge of the most prestigious golf tournament in the world, The Masters Tournament.

FOX 13's Kelly Ring recently spent time with Ridley at his Tampa home, where he shared photos and memorabilia he has collected through his life in golf, including a photo of Ridley, his wife Betsy, three daughters, and grandson with Tiger Woods when he won the Masters two years ago. 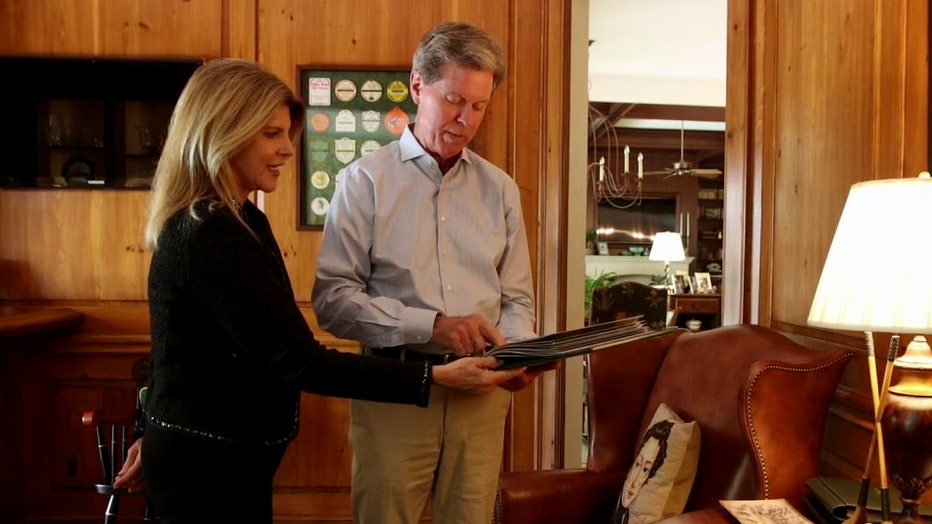 Kelly Ring with Fred Ridley in his Tampa home

Ridley’s love of golf began as a young boy, a long way from Augusta, on a public course in Polk County.

"Both my parents were teachers in the public school system. My dad was a weekend golfer at the public course, took me out when I was 10 years old."

His mom kept detailed scrapbooks of his success on the courses of Winter Haven and Lakeland as he was growing up. He went on to play golf at the University of Florida and soon after, he set his career in motion by winning the U.S. Amateur golf tournament.

"I try to put golf into perspective. It’s just a game, but it’s a game for a lifetime."

Perhaps as a foreshadowing of what was to come in Ridley’s life, he displays a photo of himself with Jack Nicklaus walking the fairway at the Masters 45 years ago, the year after he won the U.S. Amateur.

"To have the opportunity to walk the grounds of the Masters, it was a great day," he recalled.

But unlike everyone else who has won the U.S. Amateur, Ridley decided not to turn pro and focus on school instead. 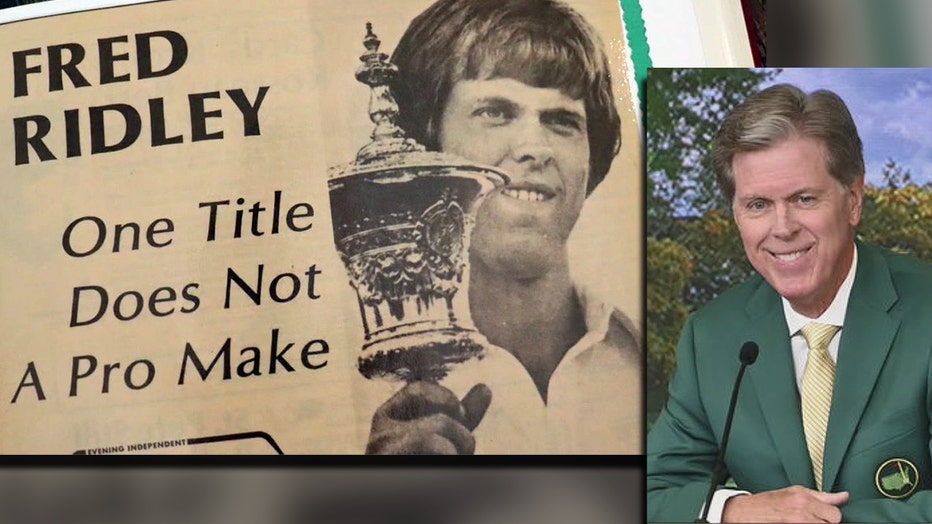 "I really wanted to assess after that."

But the game of golf, the tradition, the grace, and honor were in Ridley’s blood and the sport eventually found its way back into his life.

That lead to a position on the USGA's executive board and ultimately to what many consider the most powerful position in the world of golf, chairman of Augusta National.

While he may have tremendous power as chairman of Augusta, even having a racehorse named after him, you would not know it by talking with him. His friends say Ridley’s gentlemanly nature has never changed in all these years. 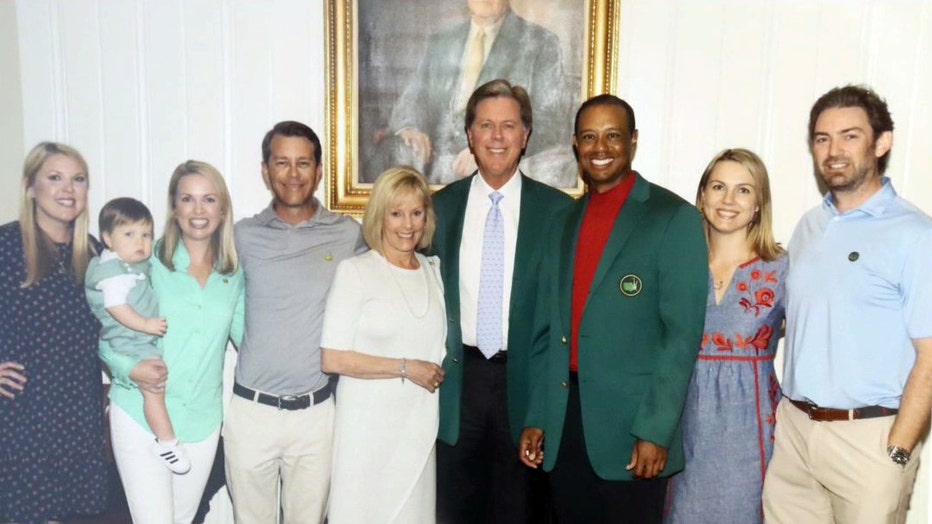 "I try to put golf into perspective. It’s just a game, but it’s a game for a lifetime."

In the four years since he became chairman, Ridley has embraced the responsibilities that come with this position. He says he owes it to the game that has given him so much.

"I met my wife, and my daughters love golf. Big part of our family life."

Not bad for a small-town boy from Polk County who will never forget where he came from.

"I wake up every day, pinching myself – boy from Polk County, Florida – make sure that it's real."