Video shows teen being attacked at school; aunt says he was targeted for being gay

A Florida woman posted a video on her Facebook page showing a group of boys attacking her nephew, She said it’s because he’s gay. (Source: Raquel Showers)

DEERFIELD BEACH, Fla. - Chad Sanford is out of the hospital, but his aunt Raquel Showers said the teenager is still dealing with headaches after being attacked at Deerfield Beach Middle School on May 21.

Showers posted a video of the attack to her Facebook page saying that Chad was attacked because he’s gay.

She said a group of eighth-graders followed Chad into the sixth-grade hallway. One of them picked Chad up by the legs and slammed him face-first to the floor.

The video shows a crowd of teenagers shouting while Chad was being spat on and kicked by the boys. One of the kicks landed on Chad’s face, Showers said. By the time he got to the emergency room, Chad had a knot on his head from all the violence.

Showers told FOX Television Stations one of her nephew’s attackers warned Chad the day before not to show up to school on that day — threatening to "beat your gay a**."

She said Chad told the principal and a teacher about the threat, but she said they did nothing to stop it. In addition, she accused the school security guard of turning his back "like he didn’t see what was going on." 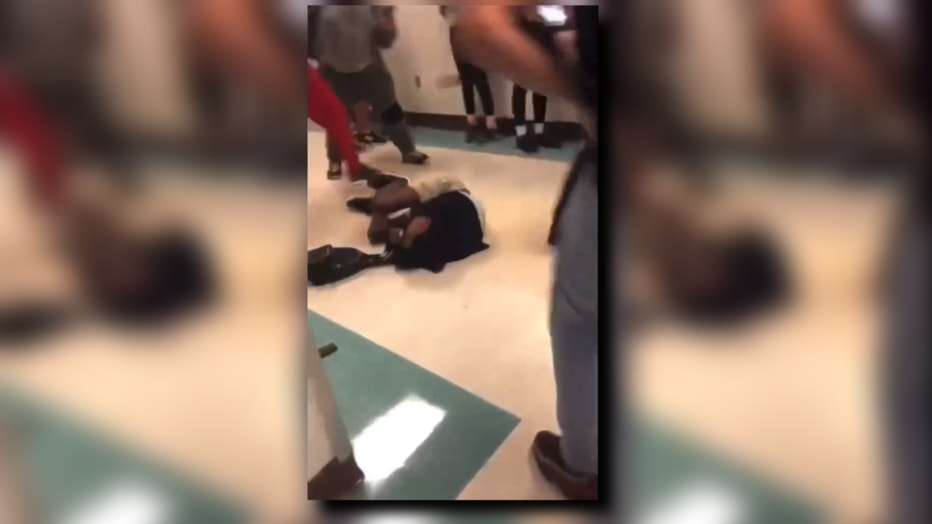 The video shows a crowd of teenagers shouting while Chad Sanford was being spat on and kicked by the boys.(Source: Raquel Showers)

"Student safety is our highest priority. The school’s leadership is taking this incident seriously and is working with law enforcement in its investigation. Any students involved will also face appropriate school disciplinary consequences in accordance with the Code Book for Student Conduct. Due to the ongoing investigation, we are unable to provide additional details and defer to the Broward Sheriff’s Office."

Showers said they've pressed charges but nothing has happened yet. She said one of the boys struck again two days after Chad’s attack, targeting another gay boy after school and stealing his Airpods.