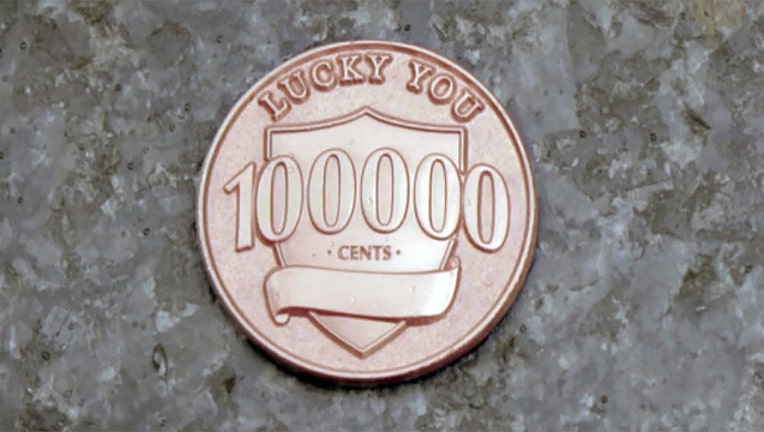 DETROIT (AP) - Stopping to pick up a stray penny off the ground may not seem worth the effort, yet one bank is trying to change that mindset by placing 100 fake pennies across the country worth $1,000 apiece.

Ally Bank says it is hoping to encourage Americans to look for opportunities to save through its "Lucky Penny" promotion, which launched this week. The lucky pennies carry a copper color like real pennies, but feature the Detroit-based bank's logo instead of Abraham Lincoln's head. The flip side of the coin lists its value at 100,000 cents.

The coins can be redeemed online until the end of the year.