BRADENTON, Fla. - On February 18, Manatee County Commissioner Vanessa Baugh apologized for her role in limiting the distribution of 3,000 doses of vaccines to two exclusive Lakewood Ranch ZIP codes and creating what became known as a ‘VIP list’ of recipients.

"I take responsibility for it all. There is nobody else to blame," she said on February 18.

She would go on to say, "This isn’t about me or politics to me. It’s about a pandemic going on in our county and state."

In a 113-page report released Monday, an investigator for the Manatee County Sheriff's Office found evidence Baugh tried to gain political favor with certain people, but her actions did not rise to the level of a crime.

Baugh helped, and had 3,000 names selected from two specific ZIP codes: 34211 and 34202, which are primarily Lakewood Ranch, the most affluent area in the county.

"From the point we received this complaint, our goal was to conduct a very thorough investigation. We spent countless hours on this, focusing not only on the statutes mentioned in the complaint but also examining whether other laws were possibly broken. Nothing criminal was found," said Sheriff Rick Wells.

The allegations center around a vaccine pop-up clinic initiated by the governor's office. At the time, COVID-19 case rates in Manatee County were well below the state average.

The investigation found Baugh largely organized the event herself and did not include other commissioners in the planning.

It also found she limited vaccine recipients to just two ZIP codes, within her own district, excluding all other county residents. 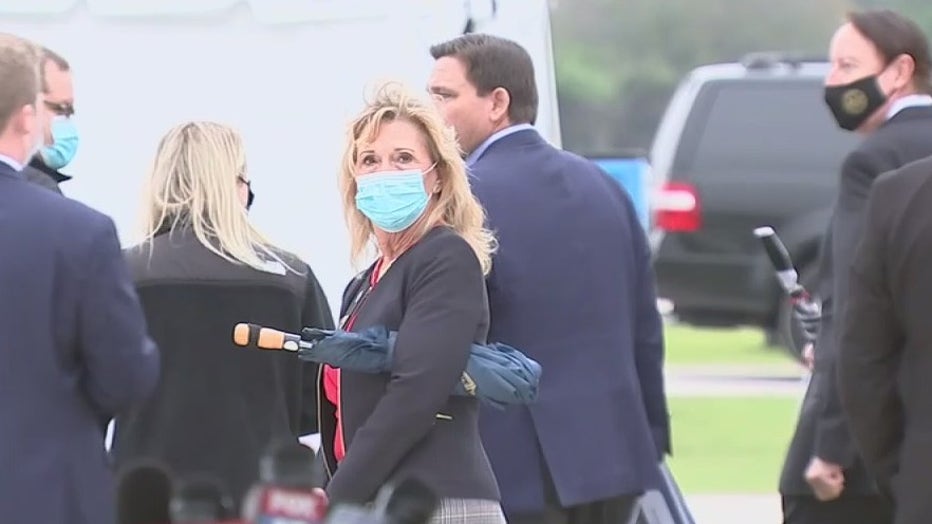 When asked who authorized the two-ZIP-code plan, Baugh told them "I'm the chair. Is the chair not good enough?"

The investigation report said Baugh told the county administrator that "the people in her district would love her."

"It's a damning indictment of commissioner Baugh's credibility," said political watchdog Michael Barfield, who filed the complaint against Baugh.

"In February, the atmosphere regarding the vaccine and availability was critical to all citizens in Manatee County and Commissioner Baugh played fast and loose with the rules," he said.

Protesters call for Baugh to resign

Protesters in Manatee County say Commissioner Vanessa Baugh should resign after she chose the affluent neighborhood of Lakewood Ranch for a state-run vaccine clinic.

"Every witness that was interviewed was emphatic in saying there was no direction from the governor's office to limit distribution of the vaccine to the two ZIP codes in question," said Barfield.

Baugh told FOX 13, "I am grateful for the hard work and diligent investigation executed by our sheriff’s office, which has confirmed what I have maintained all along – no criminal act occurred in getting vaccines to our most vulnerable and reluctant area.  I look forward to putting this distraction behind me and refocusing this energy on reducing traffic, lowering taxes and revising the alarming growth in the size and scope of our local government."

There are 18 ethics complaints filed against Commissioner Baugh. The investigative report has been forwarded to the Florida Commission on Ethics.