TAMPA, Fla. - In the year since the January 6 insurrection, elections officials in Tampa Bay spent time answering questions from residents and correcting any misleading or wrong information about what happens at the polls.

The attacks at the U.S. Capitol in Washington, D.C. drew attention to the elections process after rioters falsely claimed the 2020 election was stolen. The events sparked questions, and some residents turned to their county supervisors of elections for answers.

"One of the great things that has happened since the 2020 election is we've seen more people interested in the election process, which has given us the opportunity to explain some of the nuances of Florida's laws, the technology involved, and giving us an opportunity to have conversations we might not have," said Dustin Chase, the head of communications at the Pinellas County Supervisor of Elections Office. "So we have had a lot of people bring to us misinformation, disinformation, mal-information. When possible, we've taken the opportunity to correct the record and prove to people the machines have been counting the ballots as they're supposed to, pursuant to Florida law, and that there is a process in place to ensure the integrity of elections."

CAPITOL RIOT: A look back on year since January 6 insurrection

Elections officials said outreach and education for residents is not new to them, but the 2020 election shows why it’s important. Hillsborough County Supervisor of Elections Craig Latimer explains.

"Unfortunately, there's still a lot of myths out there. You know, I read them every day, hear about them every day of people that just think that things are haywire and they're not," said Latimer. "And I think that once we start educating people and they realize that they have more confidence in the system. So it is a battle right now, there's no doubt about it." 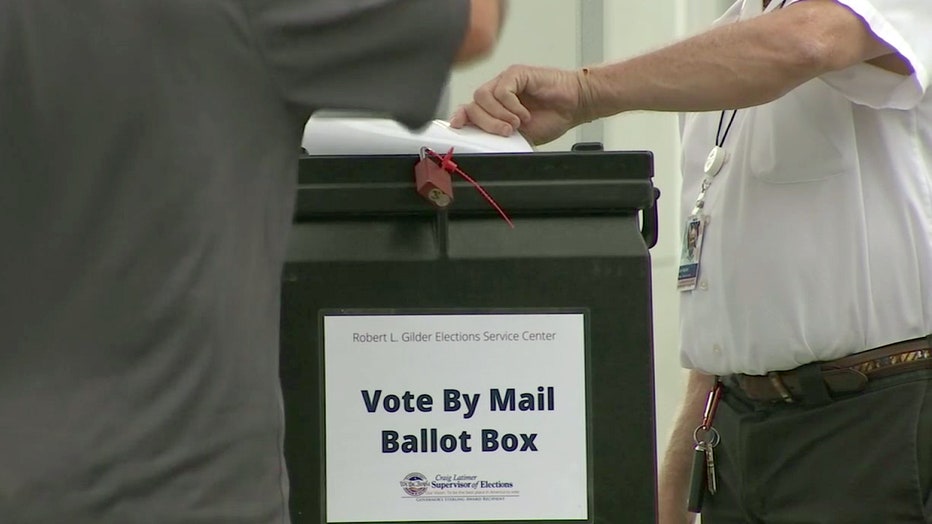 While speaking with residents about the elections process and its security, Latimer said many residents did not know their offices did audits of the elections. Elections offices also do maintenance on the ballot counting machines with vendors, keep its cybersecurity up to date to prevent hacking, and go through the registered voters on file.

"That's one of the things we do every odd year, odd number year, and we want to make sure that we've got the cleanest voter rolls possible and make sure that you know, the people that are on there are in fact, residents in our county," said Latimer.

With the 2022 midterms coming this fall, election officials want people to know their vote counts.

"You know, the one thing that we've been really, really talking about is to urge people to get their information from a trusted source, and your supervisor of election is a trusted source," said Latimer.

The Hillsborough County Supervisor of Elections said his office plans to release a series of videos in the next two weeks talking about the ins and out of elections, security and how it all works. They want to make sure people know what’s happening ahead of the midterms this year.