One year later: Lessons from Surfside

TAMPA, Fla. - As the anniversary of the condo collapse in Surfside approaches, Tampa Bay first responders who responded from the Bay Area are looking back at what they learned.

The 72 members of Task Force 3 were deployed to the collapsed condo on June 26, 2022 – two days after the collapse. The team trains throughout the year and is composed of first responders, engineers, doctors, and others from Hillsborough County, Tampa, and St. Petersburg.

"It was unreal," said Josh Miller, a member of FL Task Force 3.

The team arrived in Surfside shortly before noon that Saturday, immediately beginning to dig through the two-story-tall heap of debris. They built a tent city where team members slept and ate for days as rescuers worked in back-to-back, 12-hour shifts.

"There are very select few us of that are trained to do structure collapse in the state of Florida and then make sure I give everything i could for those family members," said Miller. 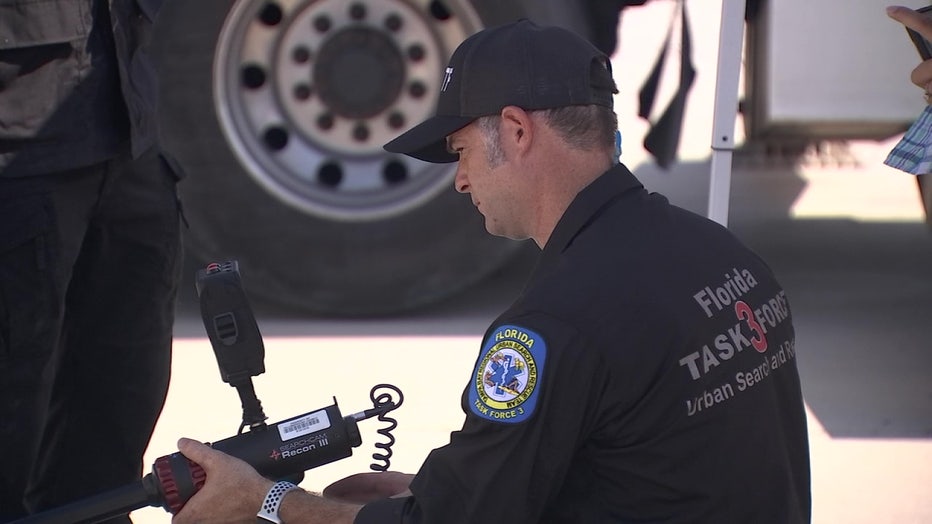 Rescuers had to work cautiously in case there were survivors beneath the pile of rubble. The team headed across the state in 24 vehicles, including fire trucks and tractor-trailers loaded with supplies. They used equipment ranging from jackhammers to hand shovels.

FROM 2021: Task Force 3 deploys to Surfside to assist in rescue efforts

During a tour of Hillsborough County Fire Rescue's training facility on the eve of the one-year anniversary, public safety officials discussed the reasons local agencies deploy and the ways in which new funding from the state is being spent to help them stay prepared for the next disaster.

Specialists who were there after the Champlain Towers South collapse were also on hand Friday, discussing the unique response required to rescue survivors from the destruction.

"If you can think of it as a giant Jenga pile if you pull the wrong piece the whole thing comes down," said FL Task Force 3 member Dusty Mascaro.

Hillsborough Fire Rescue Health and Safety Chief Jose Prado laid out the ways in which state and local leadership are giving priority to mental health for deployments like Surfside. 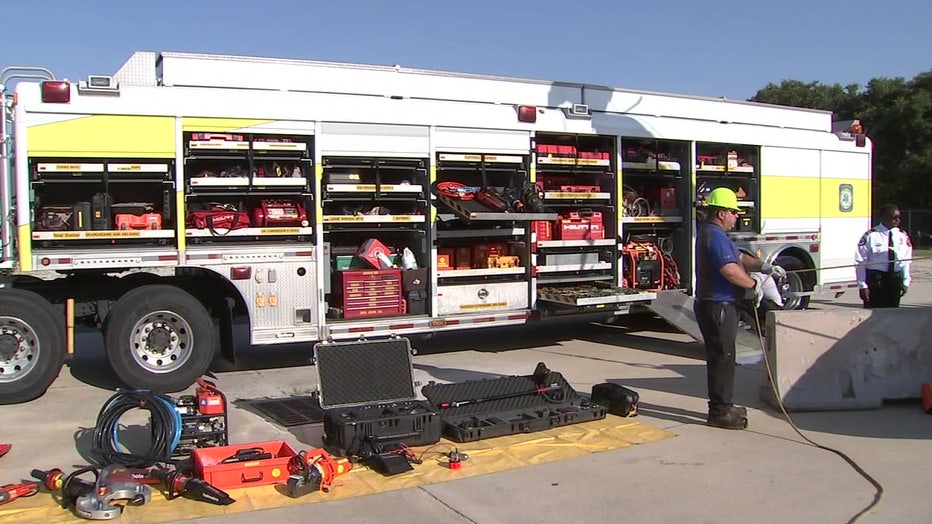 As part of the tour at the Fire Rescue's new training facility, officials demonstrated the types of training to prepare for disaster, including heavy rigging after a structural collapse, technical search using listening devices, and treating victims in a trapped environment, revealing how first responders are able to treat a victim when they are unable to see them.

"I rest my hat on that knowing I gave everything for them to give then a little bit of closure," said Miller.

The disaster killed 98 people when the 12-story building fell. The beachfront building's collapse became one of the worst mass-casualty events ever in Florida, posing unique challenges for Task Force 3, and more than a half-dozen other rescue outfits from throughout the state and elsewhere.