TAMPA, Fla. - Joe Biden supporters in Tampa took to the streets to celebrate the win Saturday. Dozens of people came together outside a campaign field office known as Casa Biden in West Tampa. Honks and cheers of support could be heard all afternoon.

After several days of vote counting and waiting, major swing states like Pennsylvania and Nevada turned blue, Saturday giving the Biden-Harris ticket the votes projected to take the presidency.

“We’ve been through difficult times before and hopefully, we can see each other’s humanity. I think Joe Biden has the right message and has the right temperament. He’s going to be a president for all people," Tampa resident Sarina Ergas said.

Saturday, supporters took to the sidewalks outside Casa Biden, a campaign field office in West Tampa, to celebrate. Dozens of people could be seen with signs in hand getting honks of support. The win is a major historical moment as Vice-President-elect Kamala Harris prepares to become the first female vice-president.

"My granddaughter today can look at her and see that anything is possible," Ergas said. 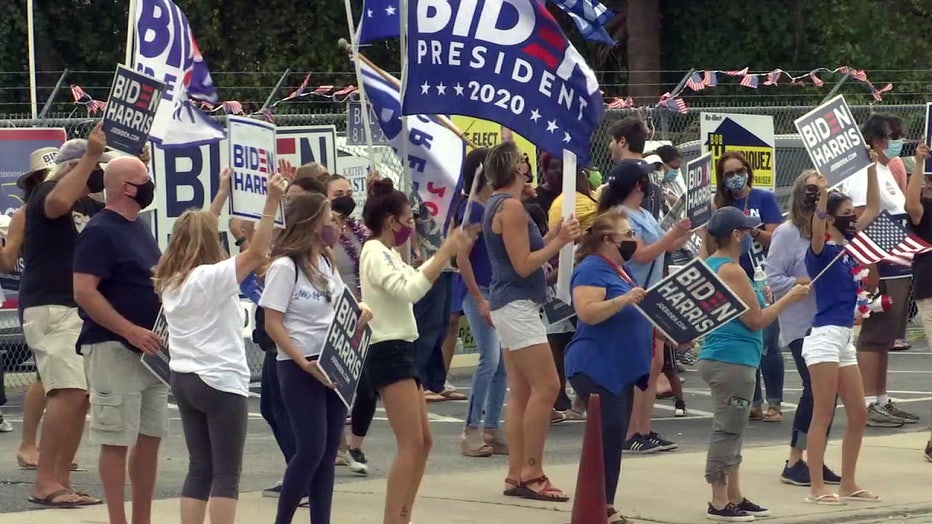 Despite the celebrations, people we spoke are hopeful both sides can find common ground.

"Congratulations to President-elect Biden," Bush wrote in a tweet. "I will be praying for you and your success. Now is the time to heal deep wounds. Many are counting on you to lead the way."

Tampa resident Michelle Cherry is hopeful both parties can come together to help with the pandemic response.

"We need somebody who is experienced in negotiating and communicating. Somebody that's going to listen to both sides and find a place in the middle to welcome all of us," Cherry offered.