Students trained to stop the bleed

Bay Area students have access to the same kits used by students during a recent shooting in a Los Angeles school that help stop bleeding.

SARASOTA, Fla. - Seconds matter in life-or-death situations and uncontrolled bleeding is the No. 1 cause of death in trauma situations. Bay Area schools are taking steps to make sure students have the tools to help save a life.

After a 16-year-old gunman opened fire inside a California school Thursday, five students were hit by bullets and needed help fast. Luckily, that campus was equipped with trauma kits and one teen knew exactly what to do. 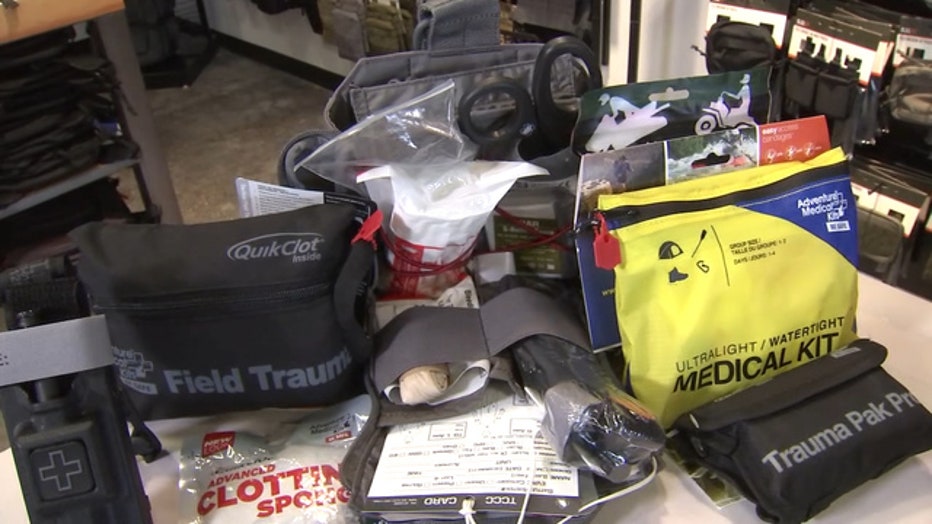 Someone can bleed to death in as little as three minutes. Many school districts are now making sure students and staff have similar tools to help keep a victim alive in a mass casualty situation or violent emergency.

FOX 13 News checked in with districts in Tampa Bay and found most have trauma kits on campuses. In Sarasota, the majority of schools received them last school year. Every school in Manatee County has an emergency box and stop the bleed kits.

Starting this year, all 129 elementary and secondary campuses in Pinellas are equipped with trauma kits.

Through a partnership with the Sheriff's Office, Pasco County installed “life stations” at all 14 high schools before classes resumed this fall. 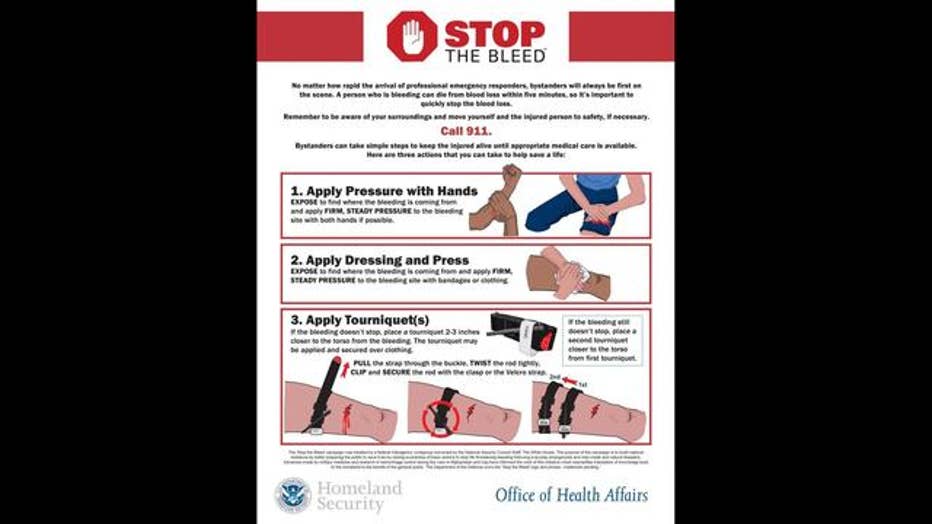 “We’d rather have these kids in our schools never have to use them, then need them and not have them,” said Kevin Doll with the Pasco County Sheriff’s Office.

Stop the Bleed and trauma kits are packed with supplies to treat severe bleeds until first responders arrive.

“There’s a clotting agent that can stop the blood, there’s tourniquets, and also gauze in there to help stop the bleeding,” Doll said. “It's basically to get the victim stable before professional medical help can get there to help save their life."

Anyone can be trained to stop life-threatening bleeding. Free training sessions are held all across our region visit https://www.stopthebleed.org/training for more information.