TAMPA, Fla. - Feeding Tampa Bay has been fighting hunger for the past 39 years in 10 different Bay Area counties. One of the reasons they're good at what they do is because of people like Antoine Everett.

Everett is a volunteer coordinator for Feeding Tampa Bay. Motivating and inspiring is what Antoine is all about.

Everett served in two branches of the military, the Marine Corps and Army, shortly after 9/11 and quickly learned that one of the adversaries abroad could be found at home as well.

"I've seen a lot of hunger. I've been hungry. I know what it's like to not have food," he recalls. "I'm still in the fight, so to speak, but I'm in a different fight. The war, the poverty, some of the harsh conditions that people live in every day that we don't even think about -- as opposed to fighting the bad guy specifically."

"I'm fighting a different bad guy," Everett continued, "I'm fighting hunger and I'm doing it in my own community in my own background and it just seemed like it made sense." 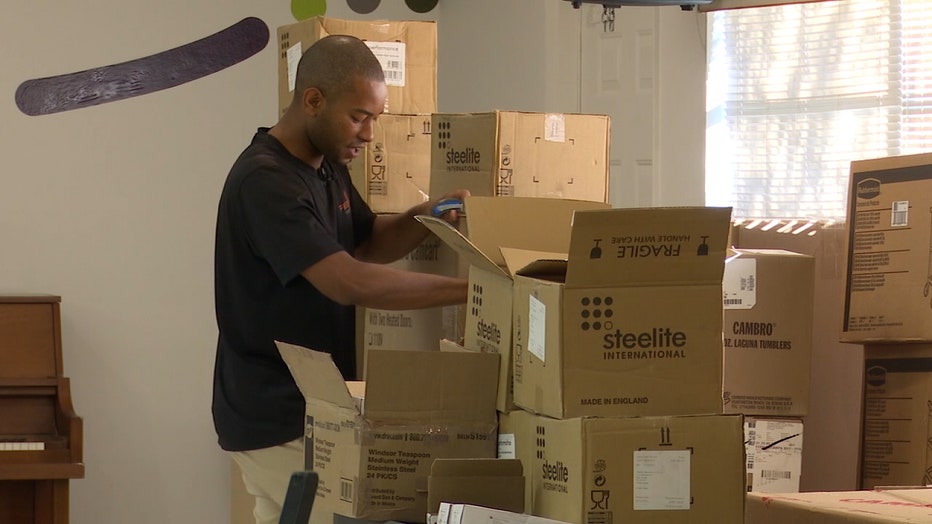 MORE: As veteran or volunteer, K9 Partners for Patriots give service dogs and their partners purpose

The Feeding Pinellas Empowerment Center tries to address the now and in the future. They provide food, financial assistance, as well as workforce development, and on-the-job training. Even more, they try to spread hope and inspiration.

"Without believing that there could be a better tomorrow, without believing things will get better, you don't actively work to make them better," Everett said. "It's a goal that we all must believe is achievable. When you see that hope when you feel that inspiration and you feel how it can uplift people and show people they can keep fighting for tomorrow, for right now, for our future and the future of our families...you can't help but to share that hope with other people."

This ‘Extraordinary Ordinary’ says this was only supposed to be a temporary gig, one that has now lasted six years. It's the mission: being light in the darkness, the music that fills the empty room, with no plans of stopping anytime soon.

"There are so many things that unite us naturally and there are few things that separate us as people," Everett added. "We have a tendency to focus on these few things that separate us when there is so much more that unite us. We're ending hunger in our community. Feeding Tampa Bay is a way to come together and be united in a common goal that is doing one of the most common things that everybody needs which is food on the table. The idea of ending hunger, you know, that nobody would have to go hungry. Wow."