Lawmakers look to ban smoking on the beach

SARASOTA, Fla. - You can find them in the parking lot, on the walkway up, and under the sand at Lido Beach. Now, Senator Joe Gruters hopes to keep cigarette butts off the beach.

"To me, it’s the wrong butts that we want," he said Tuesday morning.

Gruters is once again sponsoring a bill to allow counties and municipalities to ban smoking on public beaches, as well as in both city and state parks.

"It's the filters from these butts that get into turtle’s noses, that are collected, and it’s all around just an absolute disgusting thing when you go to the beach," said Senator Gruters.

Sarasota County tried it years ago on Siesta Beach; a lawsuit from the ACLU overturned that ban. Gruters' other efforts have failed to make it through the Legislature.

Tuesday, Gruters said a clean beach not only helps the environment, but has a significant impact on the local economy.

"Dr. Beach has said over and over again that beaches that prohibit smoking will be ranked higher and there’s no reason why we shouldn't give Florida beaches the best possible chance to be the highest ranked," he explained. 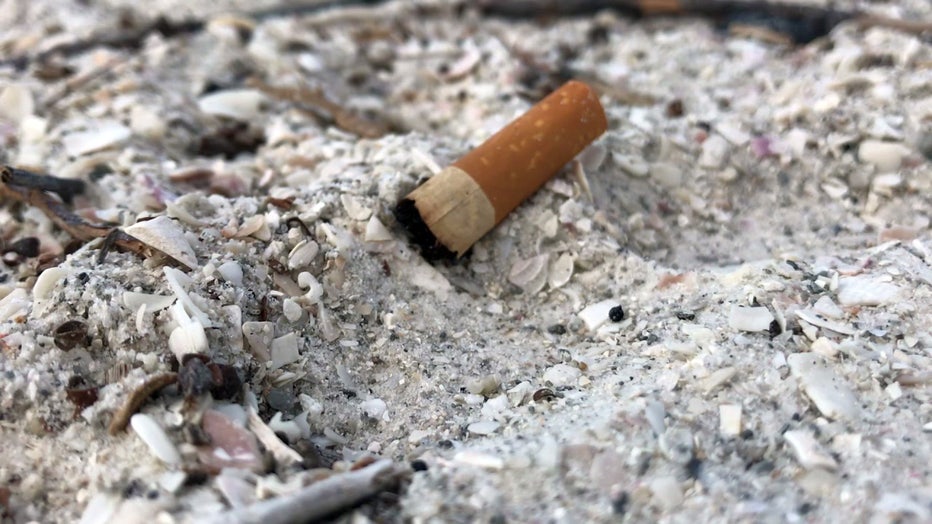 Ocean Conservancy has found cigarette butts outpace any other plastic pollution on the beach.

"Our data point shows that for 31 years -- consecutive years -- cigarette butts are the number-one item found on Florida beaches," said P.J Brooker, the director of Florida Conservation for Ocean Conservancy.

Keeping our environment clean is not only for us, but for future generations.

"We just can’t allow this to continue to happen in a single year when we clean up 200,000 cigarette butts from our beaches," Brooker added. "We need to do everything we can to keep those butts off the beach and out of the ocean.

Gruters said he does not envision an all-out ban on smoking, suggesting there would be designated areas where smokers could go.

If passed, it would be up to local cities and counties to determine if they want the ban and how they would enforce it.