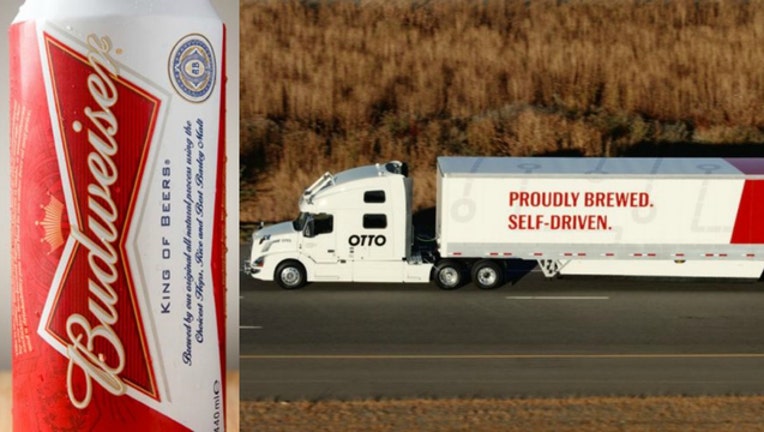 DENVER (AP) — Anheuser-Busch says it has completed the world's first commercial shipment by self-driving truck, sending a beer-filled tractor-trailer on a journey of more than 120 miles through Colorado.

The company says it teamed with self-driving truck maker Otto and the state of Colorado for the feat. The trailer, loaded with Budweiser beer, began the self-driving trip Thursday at a weigh station in Fort Collins, Colorado, and ran along Interstate 25 through Denver before wrapping up in Colorado Springs.

The company says a professional truck driver was on board for the entire route and monitored the trip from the cab's sleeper berth.

Otto was recently acquired by Uber.