Col. Ralph Puckett awarded Medal of Honor for his valor

President Joe Biden awarded the Medal of Honor to Col. Ralph Puckett for his valiant efforts and bravery during the Korean War.

WASHINGTON - President Joe Biden awarded his first Medal of Honor on Wednesday to a retired colonel for acts of bravery during the Korean War.

Biden bestowed the nation's most prestigious military honor on retired Col. Ralph Puckett Jr., who held Hill 205, a strategic position near Unsan, over two days in November 1950 while fighting off numerous attacks during the battle in which he endured multiple wounds.

Even after retiring, Biden commended Puckett for his continued dedication to the armed forces, whether it was helping train the newest generation of rangers to just sitting on the sidelines and cheering them on.

"After his retirement from active duty, or his induction into the Ranger Hall of Fame, it didn’t end there either. When he served as the honorary colonel of the 75th Ranger Regimen, where he helped a new generation of rangers during their training missions. Even now, even now, you can find him out at Fort Benning, cheering on the rangers and letting them know he’s there with them," Biden said.

Biden also applauded Puckett’s character upon choosing his team during the war that earned him his medal today.

"Over his career, he mentored countless young people. He’s always believed that all that mattered to be a ranger was that you had the guts and the brains. That the standard he applied when he picked his first ranger unit in Korea. In an army that only recently been integrated, he chose with his team, included a Black, a Latino, and Asian American members. My mother would say, ‘God love you man," Biden said.

"In 2015 during the Obama-Biden administration, and the military was considering opening up all combat positions to women, including rangers, Col. Puckett let it be known that he thought women could meet the standards and said, ‘I want to see them do it.’ He leads from the front, he leads by example, he leads with his heart, he’s a ranger and that’s how rangers lead. That’s how you lead," Biden added.

South Korean President Moon Jae-in also attended the ceremony and spoke upon Puckett's bravery and sacrifices he made to allow Korea to have its freedom and prosperous life it has today.

"Mr. President thank you for your words. I find it truly meaningful to join the Medal of Honor presentation ceremony for Col. Ralph Puckett, Jr., U.S. Army retired upon President Biden’s invitation. I learned that I am the first foreign leader to attend a ceremony of such kind as president of the Republic of Korea, it is a great honor and pleasure," Moon said.

"Col. Puckett is a true hero of the Korean War. With extraordinary valor and leadership, he completed missions till the very end. Defending Hill 205 and fighting many more battles requiring equal valiance. Without the sacrifice of veterans, including Col. Puckett and the Eighth Army Ranger Company, freedom and democracy we enjoy today couldn’t have blossomed in Korea," Moon added.

"Col. Puckett told me that when he was in Korea during the Korean War, it was absolutely destroyed. That was true. But from the ashes of the Korean War, we rose, we came back and that was thanks to the Korean War veterans who fought for Korea’s peace and freedom. And now, thanks to their support and efforts, we are enjoying prosperity," Moon continued.

"On behalf of the Korean people, I express deep gratitude and respect to them. Through the war veterans, the Korean people saw a great soul of America that marches toward freedom and peace. Their act of gallantries, sacrifice and friendship will forever be remembered" Moon said. 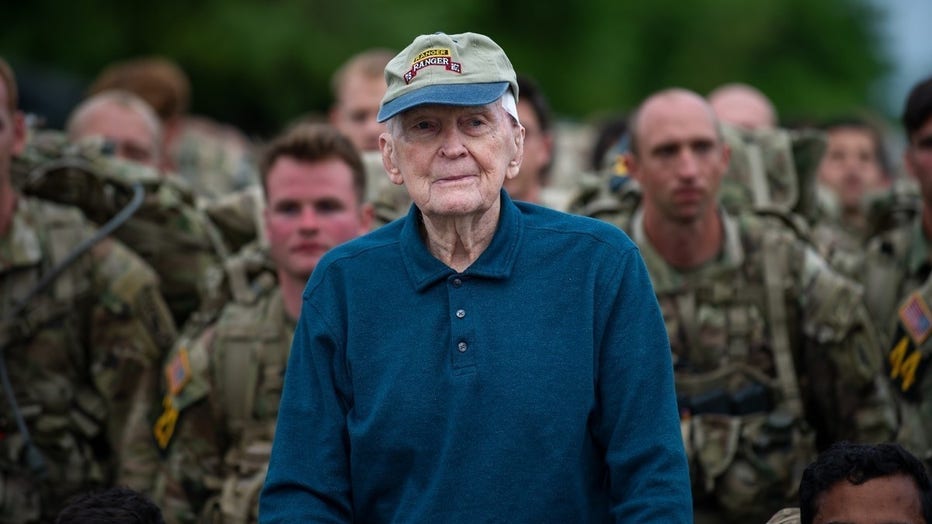 Retired Col. Ralph Puckett Jr. went above and beyond the call of duty as a first lieutenant and Eighth Army Ranger Company’s commanding officer during a multiday operation that started on Nov. 25, 1950. (Sgt. Henry Villarama)

Puckett's Medal of Honor was made possible under the 2020 defense policy bill, which lifted a requirement that such awards be made within five years of the commission of the act of valor for which the individual is being recognized. The five-year limit was waived for Puckett and three other U.S. service members. Puckett's nomination still had to be approved by the defense secretary and president.

Puckett, 94 and living in Columbus, Georgia, was a first lieutenant and commander of the 8th U.S. Army Ranger Company during those two days in late November 1950 when his unit launched a daytime offensive on Hill 205.

Enemy forces directed mortar, machine gun and small arms fire against Puckett and his men in return. At one point, Puckett intentionally ran across an open area multiple times to draw enemy fire to allow his Rangers to find and destroy enemy positions and seize Hill 205, the White House said. 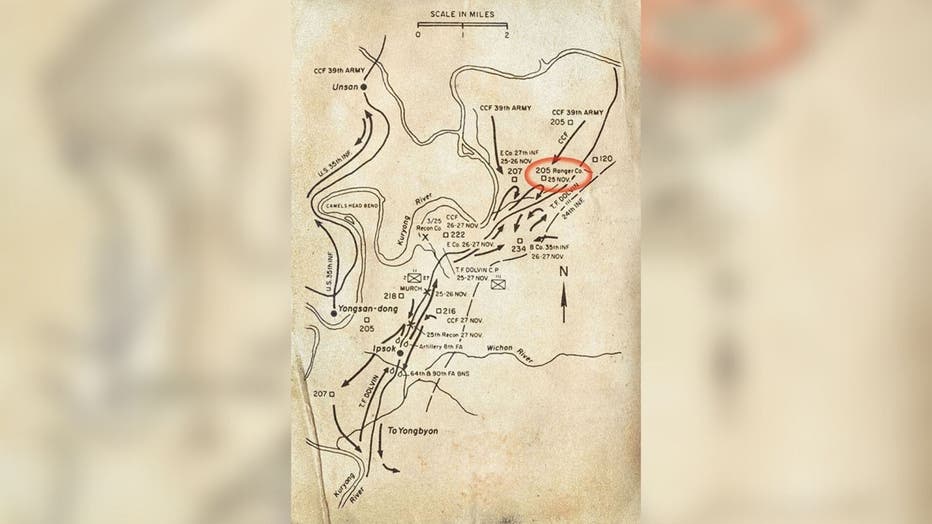 Puckett was seriously wounded when mortar rounds landed in his foxhole, limiting his mobility. He ordered his men to evacuate and leave him behind, but they refused. While under enemy fire, the Rangers retrieved Puckett from the foxhole and brought him to the bottom of the hill, where he directed operations against the enemy.'

"First Lieutenant Puckett’s extraordinary heroism and selflessness above and beyond the call of duty were in keeping with the highest traditions of military service," the White House said in its announcement.

Puckett later spent about a year in combat in Vietnam as a member of the 101st Airborne Division.

In 1992, he was an inaugural inductee into the U.S. Army Ranger Hall of Fame.

Puckett lives in Columbus, Georgia, with Jean, his wife of 68 years.

Catherine Park contributed to this report.