When the nets, which the city calls a sculpture, went up, animal advocates warned this would happen. Now a bird has become stuck and had to be rescued from the art at the St. Petersburg pier.

Barbara Walker, a bird advocate with non-profit "Birds in Helping Hands," thanked the city for the swift action.

"When you see a bird up above that is struggling hard and you can’t do anything about it. Every minute feels like an hour so it was great of them to get that bucket truck up there right away," Walker shared.

There was a concern of wildlife becoming trapped before the installation of the sculpture. Walker was one of many who wrote letters and spoke at meetings asking the city to reconsider the design.

FOX 13 reported the debate got to the point where the Florida Fish and Wildlife Commission did a study that found the sculpture would have no impact on wildlife. 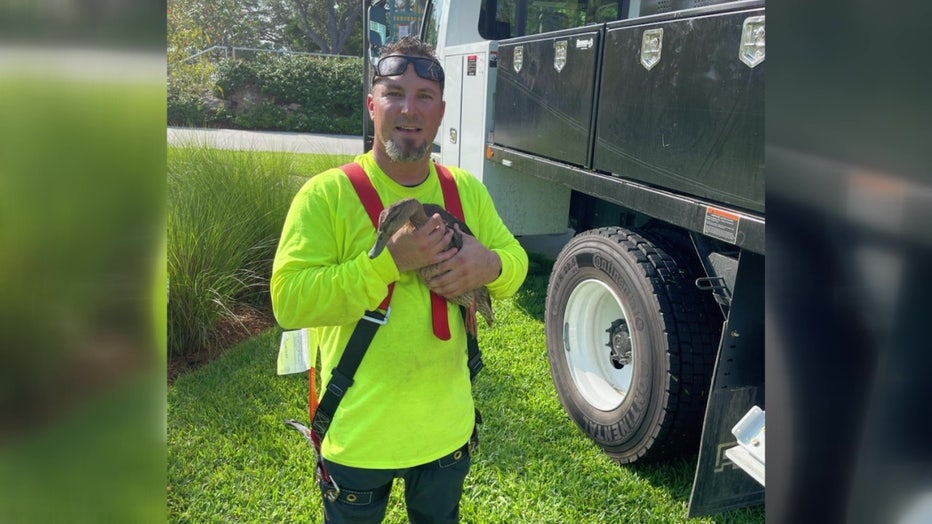 Walker said she is fearful other cases have gone unreported and wants more monitoring of the sculpture to make sure Friday’s incident is not a trend.

The city says this is the only case they are aware of and they are reviewing the situation to determine how this happened and what can be done to prevent it going forward -- with the possibility of surveillance cameras.