ST. PETERSUBRG, Fla. - The sculpture is clear, sturdy, and light, yet, it’s also none of those things. The featured artwork at the St. Pete Pier is open to interpretation, at the insistence of the creator.

"You are the expert on what the art means," artist Janet Echelman. “It's about how you feel when you go underneath it."

She designed the net-like piece made from 180 miles of knotted high-tech twine. 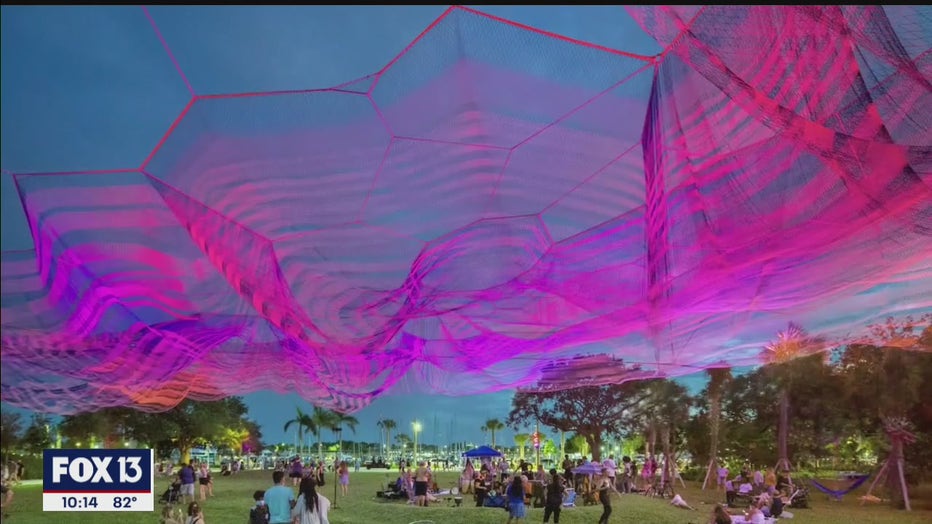 "This is what NASA uses in space to tether the Mars rover,” Echelman said. “They look ordinary, which is something I want. I want it to be understandable to everyone."

The sculpture, which she calls "Bending Arc," is part of St. Pete's pier project, which opened July 6 after a decade of planning.

The $1.8 million addition was paid for by private donors and is a reminder that art is St. Pete's forte.

"There is something about my art that is soft, it is nurturing, it is in connection with nature," Echelman said. 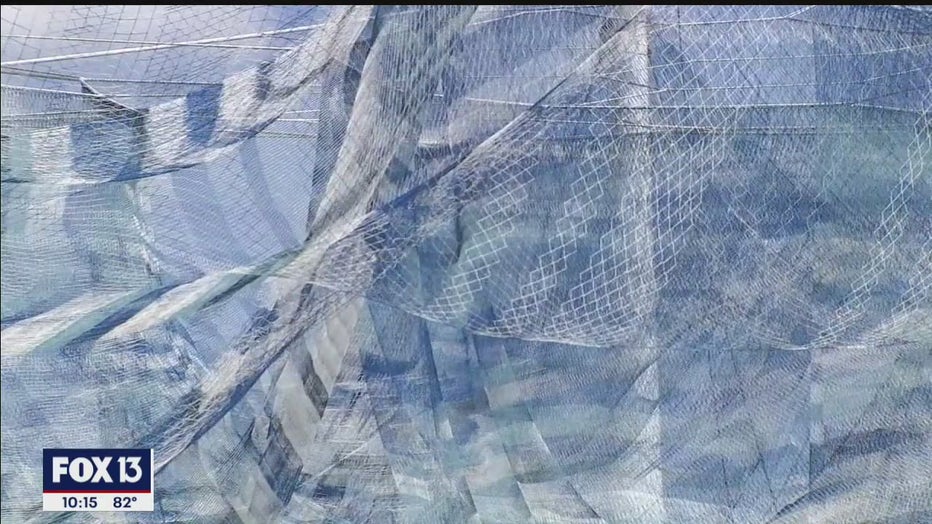 Seeing that it has become a place to meet, a place to protest, a place for games, a place to stop and think in a world that seems to have so few of those, she finds particularly satisfying.

"It gives us a chance to be calm and relax, to lie down in the grass and look up at the sky,” she said. “To notice the patterns of wind."

RELATED: From the Railroad Era to the inverted pyramid, St. Pete's piers took on many forms since the 1800s

It is rated to withstand Category 4 storms, which she knows is all-important, given she was born in Tampa.

"I have watched the pier over all of these years. To see my own artwork be part of this is really quite exciting," she said, adding it was by accident she even learned this style of art at all.

In 1997 she went to India to teach painting, but the luggage containing her paint set got lost. 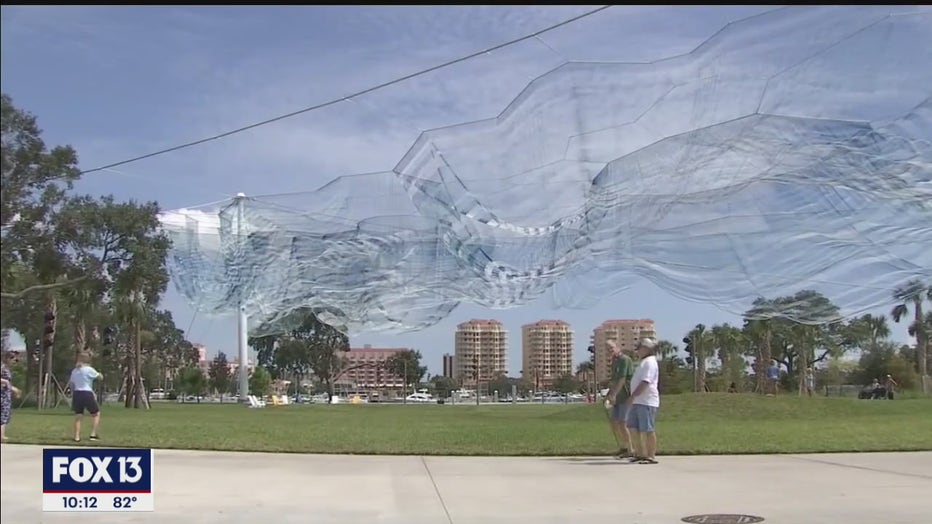 "I was absolutely up the creek,” she said.

The locals in a fishing village began teaching her, showing how to harness twine.

“I pulled them up into the air on the beach and they started to dance with the wind and I thought, 'This is mesmerizing.'"

Since then, she has designed and created dozens of sculptures that are all over the world. Tampa Bay has always been her first home and now it is to her art, too.

Explaining that feeling is always where she gets tripped up. 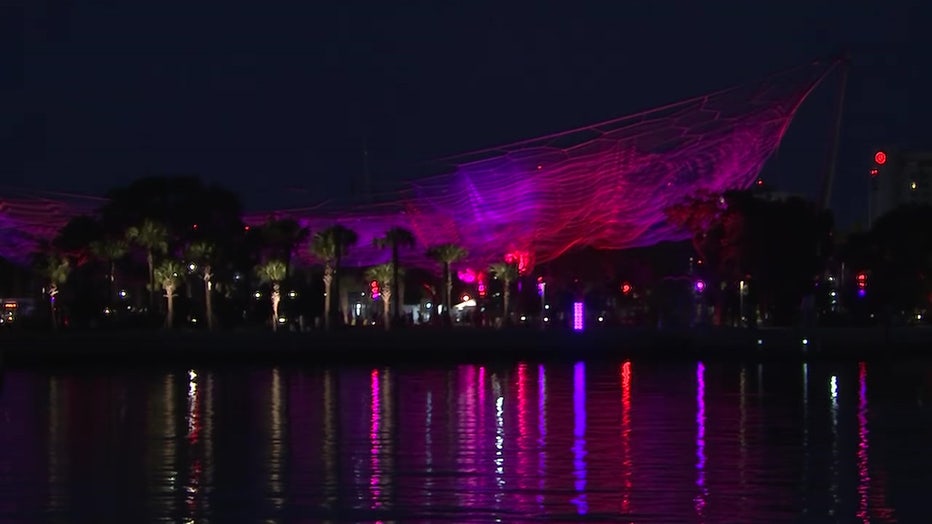 "That experience can only be gotten by going yourself in person to the artwork,” she said. “I invite you and everyone listening to go to the pier, lie down in the grass and look up."

The net is made with almost 1.7 million knots.