The Rex neighborhood where Clayton County Police Field Training Officer Henry Laxson was killed in the line of duty is coming to terms with the violence witnessed a day after the domestic call.

REX, Ga. - A Clayton County police officer was killed in a shootout with a suspect while on a domestic violence call in a normally quiet Rex neighborhood Tuesday evening. Two other women and the gunman are also dead, police said.

"I heard like a set of gunshots and then probably maybe like a couple of minutes later I heard like… it was like a shootout type of gunshot fire," Carrington Green said explaining the gunshots that shattered the evening.

Officers were called to the 3600 block of Jervis Court off of Biscayne around 8:40 p.m. Clayton County police said 911 received reports of a drive-by shooting, a woman facedown in the front yard, and a boy shot at another location.

"Initial responding uniformed patrol officers were actually met by a 12-year-old juvenile who had been shot in the face," Chief Kevin Roberts said. "He was able to lead them to the residence."

The law enforcement community and neighborhood are shocked. A total of six people were shot, including a 12-year-old boy.

Chief Roberts said those officers were met at the front of the home by a man armed with a handgun inside the house. The man opened fire on the officers, who were able to take cover, the chief said.

Police said the man then ran to the back of the house.

"As he fled to the rear of the residence, he was met by tactical units that were approaching by foot," the chief said. "He also engaged them in gunfire, unfortunately striking two of our officers." 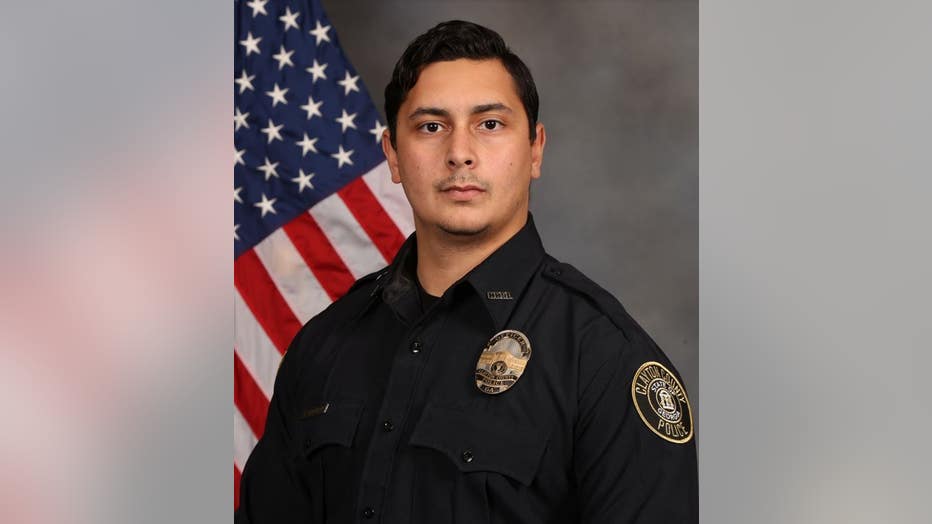 Clayton County Field Training Officer Henry Laxson was shot and rushed to Grady Memorial Hospital in critical condition where he later died. The second officer, Alex Chandler, was shot in the hand during the exchange of gunfire and is expected to survive.

The suspect has been identified as 35-year-old Arthur Allen Gilliam.

Officers made entry into the home and found the bodies of two women who police said were shot and killed before they arrived at the scene.

The boy was rushed to the hospital in critical condition.

"We were able to go to the hospital, but we were not able to speak to him," the chief said.

The names and ages of the victims are being withheld until police can notify the next of kin.

A gunfight with a suspect took the life of a Clayton County police officer. Two women and the suspect are also dead, and an officer and young boy have been hospitalized.

"He was a cool guy and we got along good. I let his kids come over and play on the trampoline. He seemed cool to me. He didn’t seem like he was violent or anything," one neighbor said.

"A few weeks ago they did have the cops over there so there was something going on over there," another neighbor recalled.

Those in the area describe being terrified. The next day there was evidence of gunfire all over the neighborhood including several car windows shot out and a garage littered with dozens of bullet holes.

"I’m shocked that people died on our block. We were coming home and we got a call saying don’t come home because they are shooting and it’s really just terrifying," one neighbor Said.

"This doesn’t really happen in our neighborhood. Our neighborhood is quiet. And for this to happen is kind of scary," Syrae Green said.

Further details surrounding the shooting were not immediately available.

"My heart aches for every police officer and their family," the chief said. "These things just shouldn’t happen."

Officer Laxson is said to be a veteran officer of the Clayton County Police Department and the county's tactical team. He has been cited for merit on several occasions and frequents the department's Facebook page when honoring employees of the quarter. He has been with the department since 2017.

Officer Laxson's friend, Jim Lee, says he was a good guy and a good cop with a bright future.

"He would always be passionate about the job he was doing and the uniform he was wearing. He made his dreams come true. He set goals, he achieved them, he didn't let any setbacks get in his way, he just went out and did it," said Lee.

In a Facebook post on Wednesday evening, the department shared more details about Officer Laxson's service to the citizens of Clayton County:

"Clayton County Police Field Training Officer Henry Laxson served the citizens of Clayton County with honor. Officer Laxson responded to every call with honor taking every opportunity to change one life at a time. Officer Laxson was promoted to Field Training Officer where he assisted many new officers in their journey to becoming a well-rounded officer. Two of Officer Laxson’s goals were to join the T.I.G.E.R. Unit (Targeted Interdiction General Enforcement Response) and become a member of the SWAT team. FTO Henry Laxson accomplished those goals." 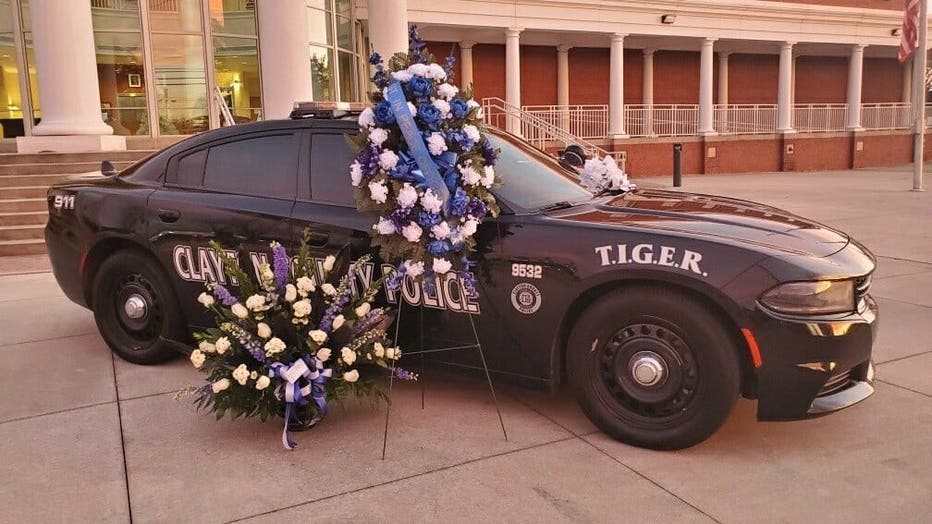 The Clayton County Police Department has parked Officer Henry Laxson's patrol car in front of their headquarters as a memorial to the fallen officers.

The department has parked Officer Laxson's patrol vehicle in front of the Clayton County Police Department Headquarters building located at 7911 N. McDonough Street in Jonesboro. The department welcomes the public to leave flowers, tokens of appreciation and thanks, and prayers.

"Officer Laxson was the very best of us. He epitomized everything good and decent about Clayton County and the Clayton County Police Department. He will be missed but never forgotten," the department wrote.

Tributes began to pour in for the fallen officers overnight.

Gov. Brian Kemp, speaking during the Capitol Christmas Tree Lighting at the Gold Dome on Tuesday called for prayers saying:

"In the last 24-hours, we have experienced a tragic loss in our state. Georgia's lost one of their finest in Clayton County Police Officer Henry Laxson, killed in the line of duty. I would ask you hear and those watching at home online to keep his colleagues, his family, and his loved ones in your thoughts and prayers in the days ahead."

"Officer Henry Laxson was one of Clayton’s finest and unquestionably our very best. Laxson far exceeded all expectations of what an ideal police officer should be. I will greatly miss your smile young man. Rest easy son, the brotherhood will continue the watch from here."

Officer Chandler has been with the Clayton County Police Department since 2014.

The department is asking the public to keep their officers in their thoughts and prayers.