A large plume of smoke could be seen coming from the southwest coast of Pinellas County.

The view from SkyFOX showed a large plume of black smoke coming from the fire. A closer look showed flames had overtaken the vessel.

Two people on the boat were reported to have made it off safely. 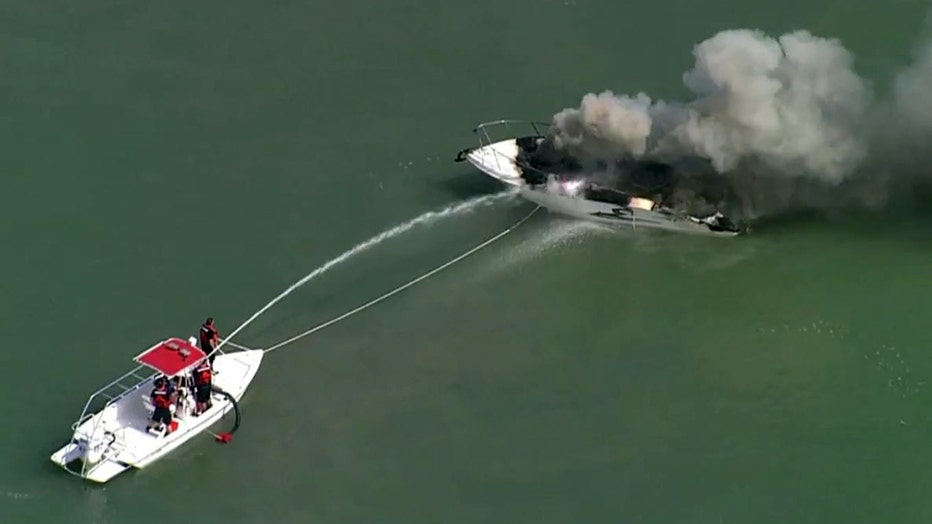