LAKELAND, Fla. - A bobcat that killed one of Lakeland's royal swans has been captured. The cat began terrorizing Highland Village, a mobile home park where the swan and her mate were living, a few weeks ago.

More than a dozen ducks were killed a few weeks ago, and no one knew why. Becca, who asked FOX 13 not to use her last name, was extremely upset over the loss of "Lilibet," a swan she bought from the City of Lakeland's Royal flock months ago.

She loves swans so much she bought two to live on the lake behind her home, and she was worried about their safety. 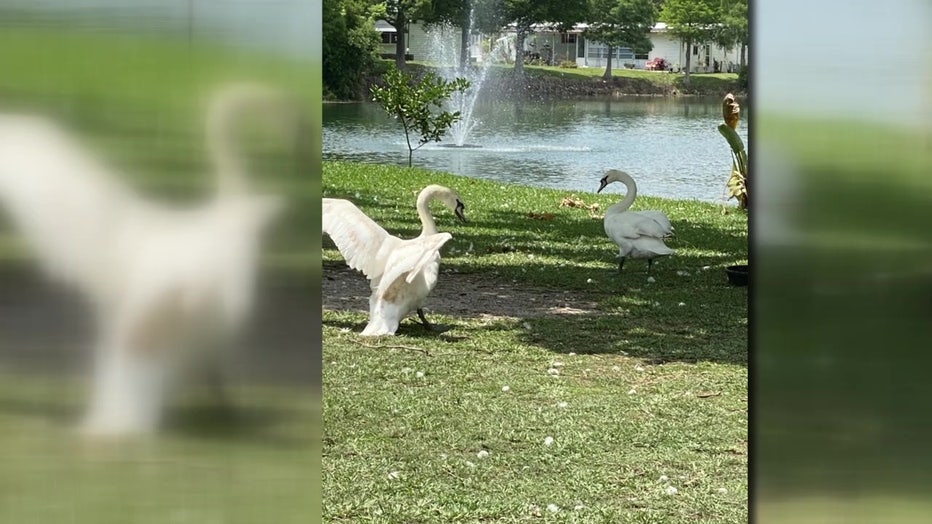 "They are just so majestic and beautiful," Becca said.

As soon as she figured out a bobcat was on the prowl, she did everything she could think of to scare it off. She put up additional security cameras and lights. She also spread wolf urine, which is supposed to repel bobcats, around where the swans hung out. 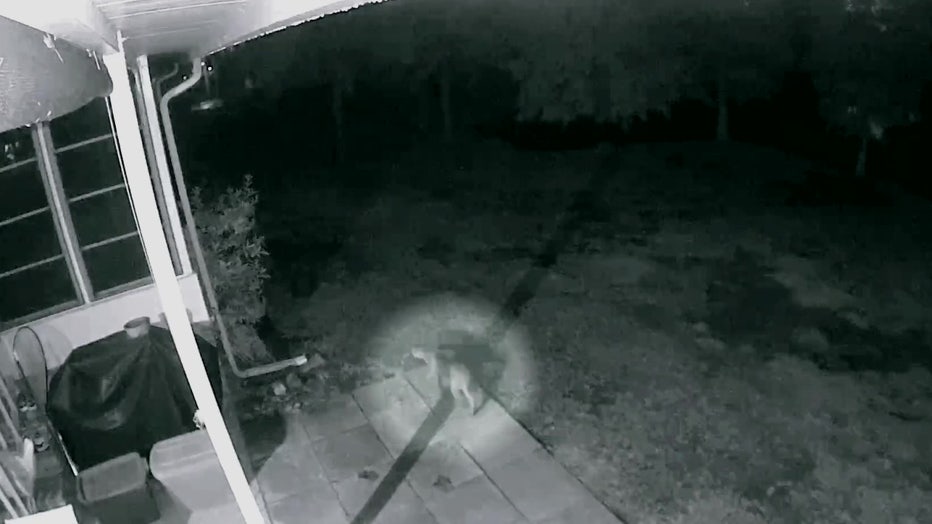 One night, she saw the bobcat, and chased it across the backyard.

"It was pure adrenaline for the safety of her and him [the swans], not wanting anything to happen to them," Becca said.

Previous: Lakeland's royal swans were gift from the Queen

Queen Elizabeth left her mark in Polk County back in 1957 when she gifted a pair of royal swans to Lakeland. To this day, swans remain an iconic part of the city's culture.

But the female swan "Lilibet," who was named after the late Queen Elizabeth, was killed by the cat. Becca then hired Dustin Hooper with All Creatures Wildlife Control to catch it.

Hooper is taking the bobcat to a North Lakeland ranch to be released, but his work may not be over. He believes the bobcat's mate is still prowling around the lake, so he plans to set another trap for him then release the second cat at the same ranch.