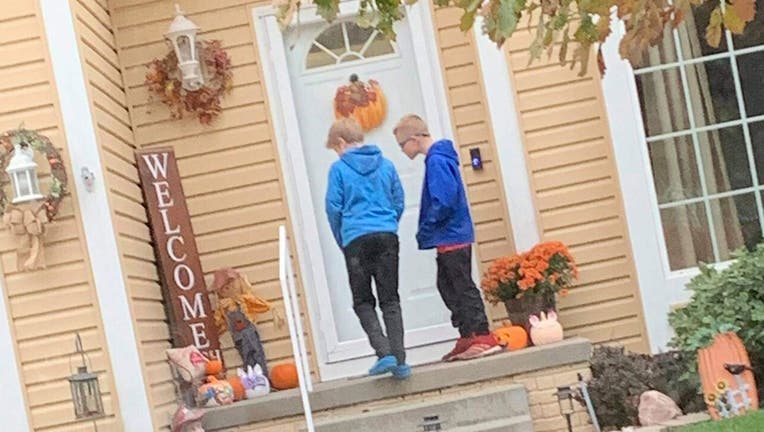 These young helpers came in clutch.

A Nebraska woman has been reunited with a long-lost handbag that was stolen three years ago, after two fourth-graders found it while playing and pledged to find the rightful owner.

Eli Rempe and Sam Yarpe were playing with friends near a creek by the Papillion Soccer Fields on Sunday when they spotted a purse filled with old credit and gift cards, WOWT reports.

RELATED: Kid finds purse on top of car, makes sure it gets back to owner

"We felt bad ‘cause she lost all that stuff and it was probably really important," Yarpe told the station.

“My mom says normally it’s a pain to replace credit cards and stuff because she had a lot of cards in there,” Rempe added.

With a little help from a parent and the magic of Facebook, Mallory Pittman-Morris was identified as the owner of the bag. Later that day, the boys were excited to personally bring it to her home.

RELATED: Get ready to 'fall back' this weekend as Daylight Saving Time ends

“When [the mom] reached out, I told her I would love to have them back because this sounded like the items that would have been in my purse that was stolen three years prior,” Pittman-Morris told Fox News on Friday. “Her boys were so excited to bring it back to me as I had been missing this stuff for so long.” 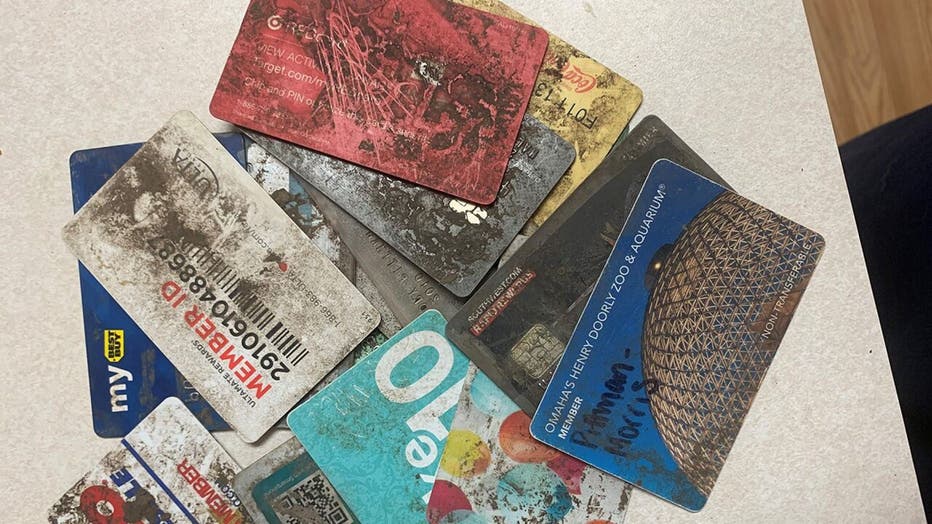 While there wasn’t any cash in the purse, Pittman-Morris worried that the thief could have stolen her identity or used the cards. (Mallory Pittman-Morris)

Three years ago, Pittman-Morris said, someone smashed her car window and snatched her purse while she and her husband watched their son play soccer. Though she filed a police report and canceled the cards, her bag never turned up.

Happily surprised to have her bag back after all this time, the woman said that the boys’ good deed has lifted her spirits. As a small token of her appreciation, Pittman-Morris thanked her new friends with some sweets.

"I threw together a bag of candy for each of them to show my gratitude and explained to them how amazing this was as I never thought I would see this stuff again. It makes me feel so much better knowing my stuff isn’t in someone else’s hands," she explained.

RELATED: Newlywed officers recognized for immediately going back to work after wedding in order to respond to riots

"It restored my faith in humanity – that’s for sure," Pittman-Morris told Fox. "It’s nice to know there are still good people out there and parents who are raising their kids to do good."