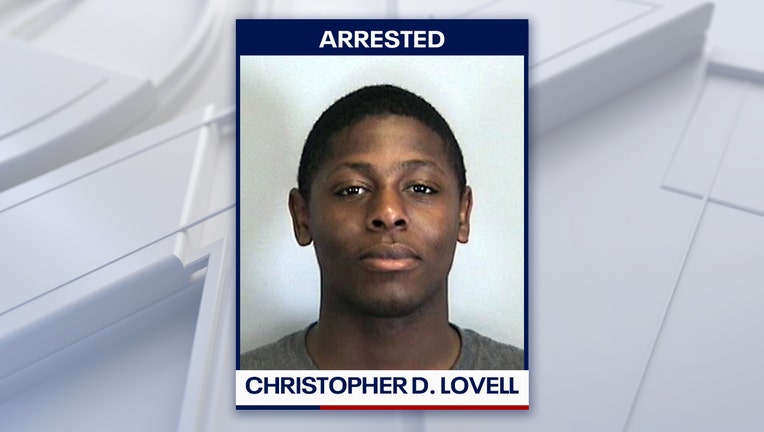 BRADENTON, Fla. - The Manatee County Sheriff's Office says a Bradenton man nearly beat another man to death after the two were involved in a crash.

Deputies say it started when 28-year-old Christopher Lovell was sideswiped by the victim.

Lovell was driving his red Toyota Corolla on 14th Street W, near 30th Avenue W, when a silver Volvo hit him.

The victim kept going on 14th St., so Lovell got in his car chased after him. Deputies say it appears the victim made a wide right turn onto 30th Ave. W and hit an oncoming car before hitting a guard rail and coming to a stop.

Documents say Lovell pulled past the victim and parked in the middle of 30th Ave W, got out of his car, and went to the victim's car.

A witness told deputies Lovell said, "I should kill you for [expletive] up my car."

Deputies say Lovell kept kicking the victim while saying, "I should crush your trachea."

Documents say the victim was unconscious by this time, when Lovell grabbed the bumper of the vehicle the victim previously crashed into and started hitting the victim with it.

Witnesses said they had to push Lovell away from the unconscious man, who suffered serious injuries.

Lovell was arrested and charged with attempted murder. He is scheduled to be in court in Manatee County on January 21, 2022.

Online records show Lovell spent a year and a half in federal prison in 2014-2015 for abuse of an elderly or disabled person.