FISHHAWK, Fla. - A FishHawk mother credited a fellow parent for potentially saving the lives of her children.

It started at the Cherry's Bar and Grill in FishHawk's park square, with deputies saying that Daniels told two kids he was going to supervise their walk home.

"I saw two children on their bicycles and a male adult behind them," said the woman who stepped in, who did not want to be identified.

She told FOX 13 she was outside a nearby church when she realized something was wrong. Deputies said Daniels had already hit one of the elementary school age kids in the head multiple times and had one of them in a headlock.

"One of the little girls was mouthing to me, ‘Please help me, this is not my dad,’" said the woman.

She said Daniels was clearly telling a tall tale. 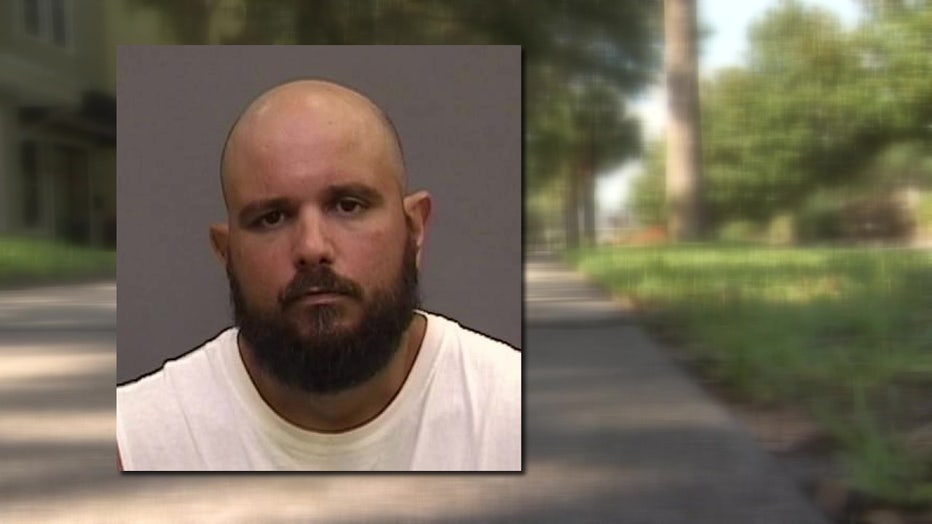 "He was kind of talking over her, right behind her, putting his arm around her neck and saying something in her ear, saying, 'We just moved here, we just want to see how we can help do whatever you're doing,'" she said.

She played along, welcoming them into the church until she had a chance to call 911.

Hillsborough County deputies found him walking back towards downtown.

"I don't want any recognition for this," said the woman. "I don't want to be a hero. I just did what I hope anybody would do for my own kids."

Deputies said both kids believed they were being kidnapped. Their mother said she is speaking out, so other parents are as alert as she was.

Daniels is being held in the Hillsborough County Jail on $104,000 bond.