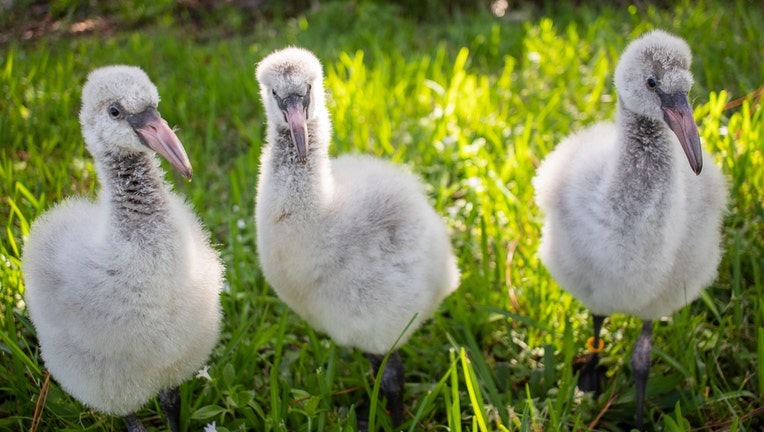 MELBOURNE, Fla. - The Brevard Zoo announced on Wednesday that their zoo has welcomed in three flamingo chicks.

They said that in September, the zoo acquired three Chilean flamingo eggs from Zoo Atlanta with a plan to hand-raise the chicks and later integrate them into the flock. This process is called "flamboyance."

The youngsters, who reportedly hatched during the final days of September, are being hand-fed a formula made of eggs, liquefied fish, and vitamins. They will eat this until they make the switch to their adult diet. 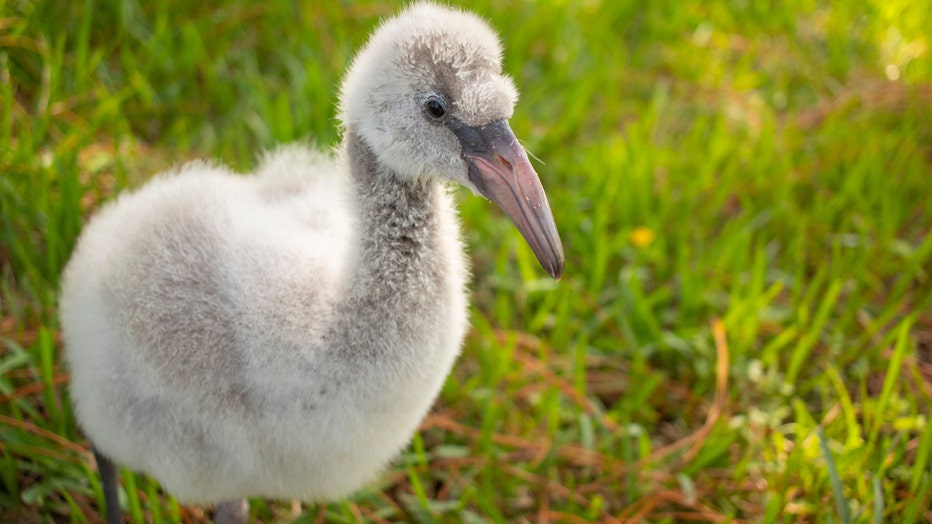 “These are the first flamingos to hatch at the Zoo, and we are eagerly celebrating their arrival,” said Michelle Smurl, the Brevard Zoo’s director of animal programs. “Guests will soon see them accompanying keepers on ‘walks’ through the Zoo.”

In the coming months and feathers, the flamingo chicks will develop their characteristic pink hue, the Brevard Zoo said.