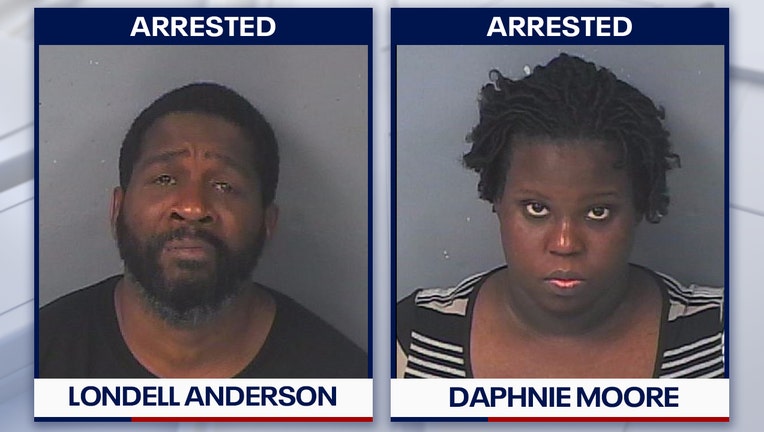 BROOKSVILLE, Fla. - After Hernando County deputies attempted to serve a felony warrant, the suspect refused to exit a Brooksville home – where three children were inside – for several hours and threatened to shoot law enforcement officers, officials revealed Wednesday.

The hours-long standoff occurred Tuesday. According to the sheriff's office, deputies responded to the home at 19490 Oakdale Avenue before 1 p.m. The warrant was for the arrest of 45-year-old Londell Ramon Anderson on a robbery charge.

When deputies arrived, they establish a permitter around the home and began speaking to Anderson through a window, they said, telling him they have an arrest warrant.

Officials said he wanted to see it and deputies placed the warrant on the window. From there, they were able to positively identify Anderson.

Then, deputies asked him to leave the home peacefully, but he refused, officials said. Deputies described him "becoming increasingly agitated and her him tell his wife, Daphnie Moore, to retrieve a firearm," according to a news release from the sheriff's office.

After, deputies said Anderson "threatened to shoot any deputies who did not leave his property." They said it was possible he had access to a weapon since one was referred to during the alleged robbery. 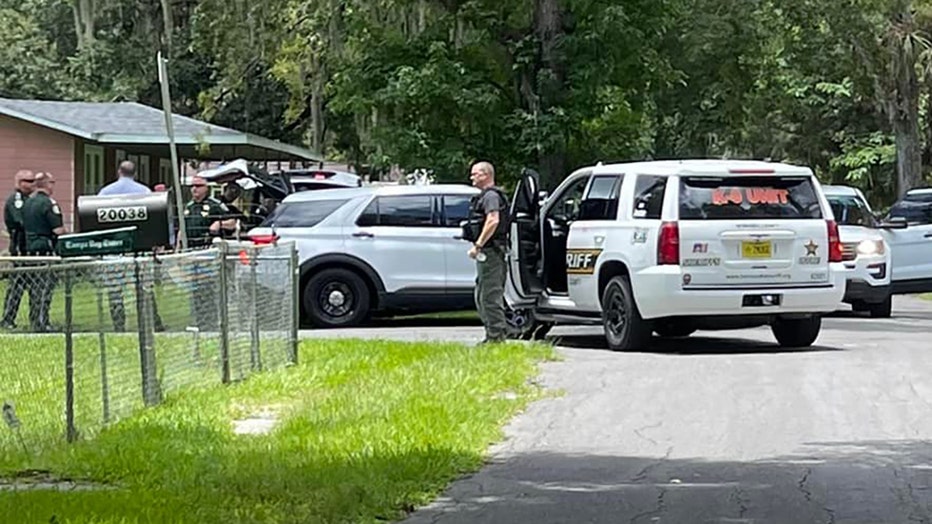 Officials said deputies moved into tactical positions for safety. Over the course of "several hours," Anderson and Moore refused to exit. During that time, they learned three children were inside, ages 14, 13, and 10.

"After several hours of negotiations, both adults and the three children exited the residence," according to the agency.

Both face additional charges stemming from the barricaded situation, including child neglect, and resisting arrest without violence. Anderson faces several charges of aggravated assault on a law enforcement officer.

The children were taken into the custody of the Department of Children and Families.