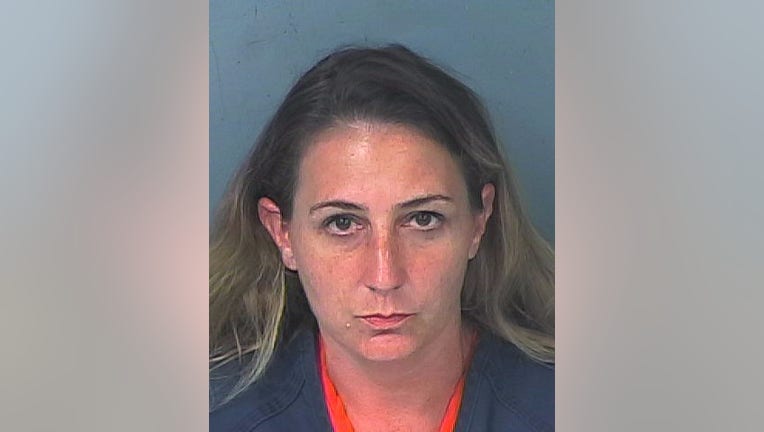 On Saturday, before noon, Hernando County deputies and animal enforcement officers received a report of a man being attacked by three dogs. Then, they received another call stating two of the three dogs ran off, and one was inside a travel trailer in the 5300 block of California Street.

When first responders arrived, they found the victim with severe injuries due to the dog bites to his right left. He was taken to a nearby hospital. Officials said, according to the victim, he left his friend's home, which is located on the same property as the trailer, when he heard puppies whimpering.

Investigators said the victim tried to follow the noise, and took a few steps in the direction of the sounds. That's when he was attacked by three adult pit bull-mix dogs. One was a female and the other two were males.

Animal enforcement officers began searching for the two male dogs after locating the female dog inside the trailer. Eventually, both were caught and officials described them as "extremely aggressive."

Two officers responded to the travel trailer to impound the female dog, and also described it as aggressive. During the process, they heard puppies and saw one on the trailer floor.

They said the puppy was "soaked in sweat and warm to the touch." When they removed the female dog, they said it was "emaciated, with her hip, back and rib bones protruding."

Six more puppies were also retrieved, but during the process, one of the animal enforcement officers became sick from heat exhaustion, officials said. The officer was taken to a hospital.

The temperature inside the trailer was registered at 108 degrees, even after the door had been open for 30 minutes, investigators said. Officers said there was no food or water inside the travel trailer for the dogs and puppies.

A total of seven puppies were removed from the travel trailer, and all were warm to the touch, officials. All, along with their mother, were taken to Hernando County Animal Services.

The following day, officers returned to the scene, where they found the owner of the dogs and puppies, Meyer. Officers said she told them there were a total of eight puppies.

When they reentered the travel trailer, they found one remaining pup under a piece of furniture. It was taken to Hernando County Animal Services.

On Wednesday, a warrant was issued for Meyer's arrest. A deputy observed her driving west on Wiscon Road with a broken windshield. A traffic stop was initiated.

The deputy noticed an adult pit bull mix in the passenger seat, and said it was the remaining dog that was unaccounted for.

Meyer was placed under arrested on animal cruelty charges. The dog was taken to Hernando County Animal Services.