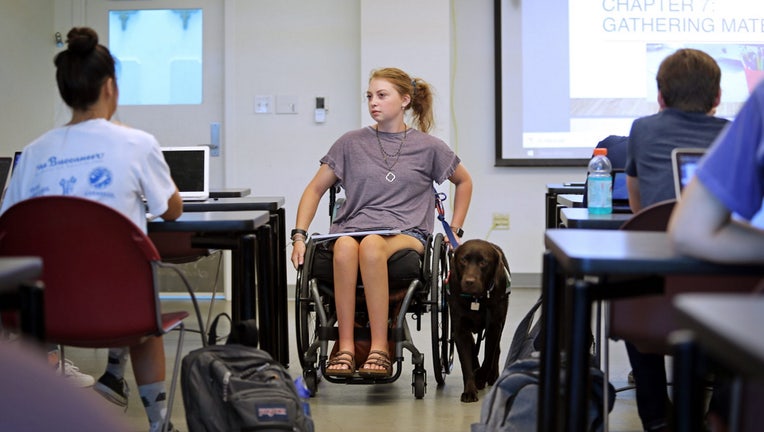 Mariel White attending class at UF in the fall of 2019 after a nearly two-year absence, along with her service dog, Lassie. (Photo courtesy: Aaron Daye/UF Advancement) (University of Florida Advancement)

GAINESVILLE, Fla. - A University of Florida student who became paralyzed below the waist and lost vision in one eye from a rare and incurable blood disease died just weeks before graduation. But she still managed to finish her degree, so her brother plans to walk in her place during a graduation ceremony Friday.

The school originally said White's mother, Jill Olney, would participate in the ceremony, but the family changed their plans.

In September 2017 when she was a sophomore, White was diagnosed with Eosinophilic granulomatosis with polyangiitis, an extremely rare vascular disease with only two to five new cases each year out of every one million people. Just a few months later in January 2018, she suffered four near-fatal strokes that left her paralyzed from the waist down. 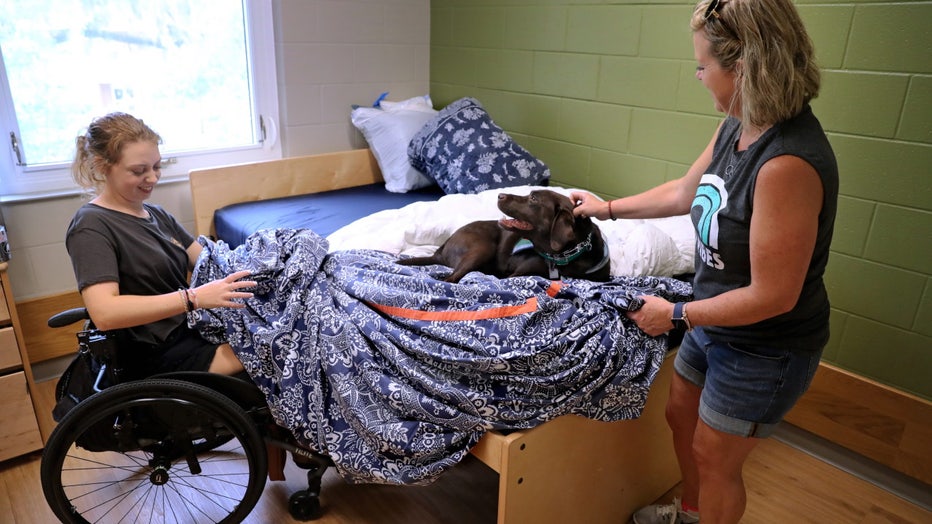 Nevertheless, she always vowed to return to campus.

"It was never an option not to go back to UF," White said in a profile on the university's website. "I knew I was going to work as hard as possible to make that happen."

She did just that in August 2019. She moved into a dormitory designed for students in wheelchairs with her service dog, Lassie, and support from her friends.

White's sorority Phi Mu extensively renovated their building before she returned, according to UF Advancement, installing an elevator and wheelchair-accessible shower to ensure that she and others would have equal access. 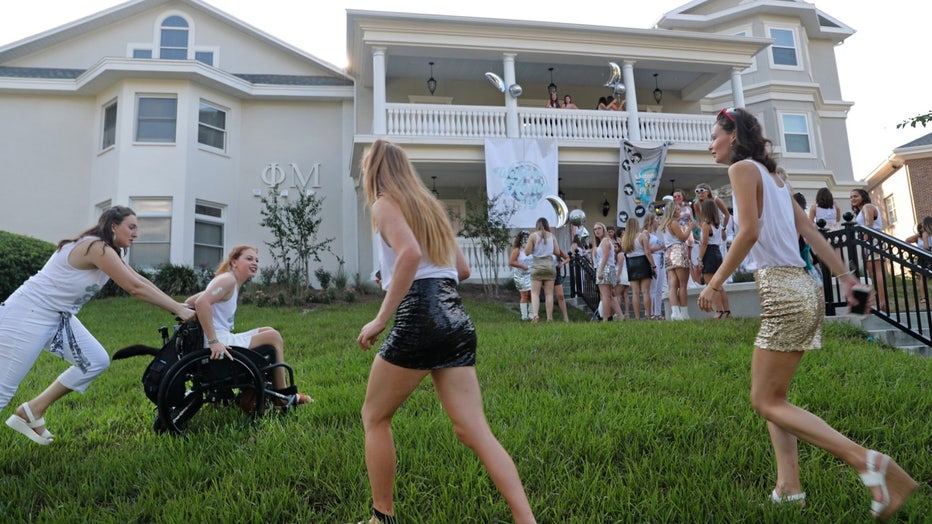 During the past semester, her condition deteriorated, but she was able to complete her degree. White died Dec. 5.

In her last social media post, she told her followers her condition was terminal, acknowledging the range of emotions she felt facing death.

"But most of the time I am at peace that I will get to be with Jesus soon, and I can’t wait to run on the beach and feel the sand between my toes and hike the endless mountain," she wrote. "Thank you to all my friends and family for making this life a good and purposeful one, I love you all."