CLEARWATER, Fla. - It's the ending so many had hoped for. After the Super Bowl, we introduced you to a cardboard cutout Chiefs fan and the real Bucs fan who sat next to him during the game.

After some fun on social media, the Bucs fan's goal was to find "Frank," as he called the cutout, and invite him to visit Tampa Bay. Thanks to the internet, we now know who "Frank," or actually, Clayton is.

The two football fans got the chance to meet Tuesday, virtually and soon they'll get to do it in-person.

Out of the tens of thousands of cardboard cutouts at Raymond James Stadium, one Chiefs fan in section 232 was destined for a full Super Bowl experience.

He was placed next to LJ Govoni, a lifelong Bucs fan and co-owner of Big Storm Brewing. Govoni decided to have some fun with his flat seatmate "Frank," sharing popcorn, chicken tenders, a beer, and "Just a lot of one-sided trash talk," Govoni said. "Frank is a quiet man."

After some entertaining tweets and a Bucs win, Govoni asked Twitter to find the real "Frank," so he could extend some Tampa Bay hospitality to the surely glum Chiefs fan in the midst of a tough year.

"I'm serious," Govoni said Monday. "I really want to fly him down here - him and a guest - come on down and let's hang out." 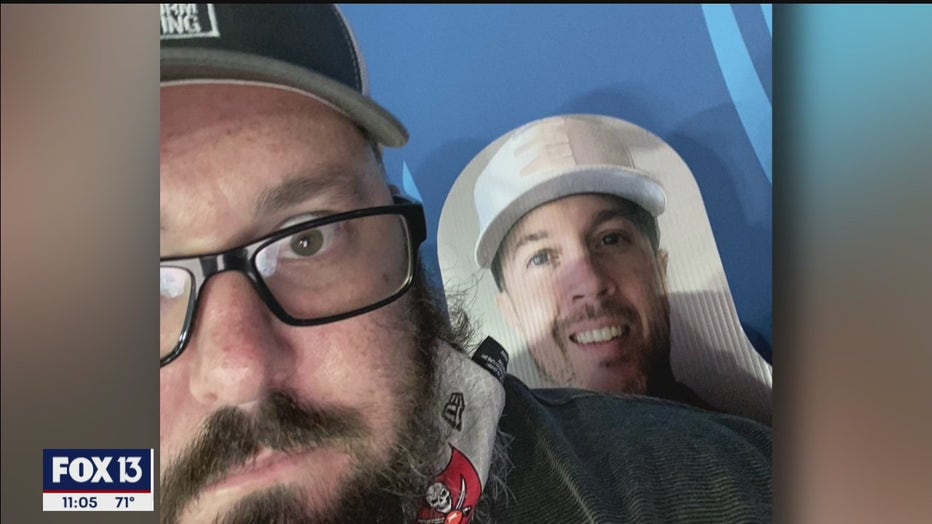 The internet worked its magic. It turns out that "Frank" is Clayton Whipple of Newton, Iowa.

"My reaction is, what?" Whipple laughed.

Tuesday morning, a friend shared an article with Whipple about a Bucs fan in Florida that was looking for him. By afternoon, the unlikely friends were catching up on their game-day experiences.

"I hope you shared some sauce, but you didn't spill any on me, right?" Whipple laughed. 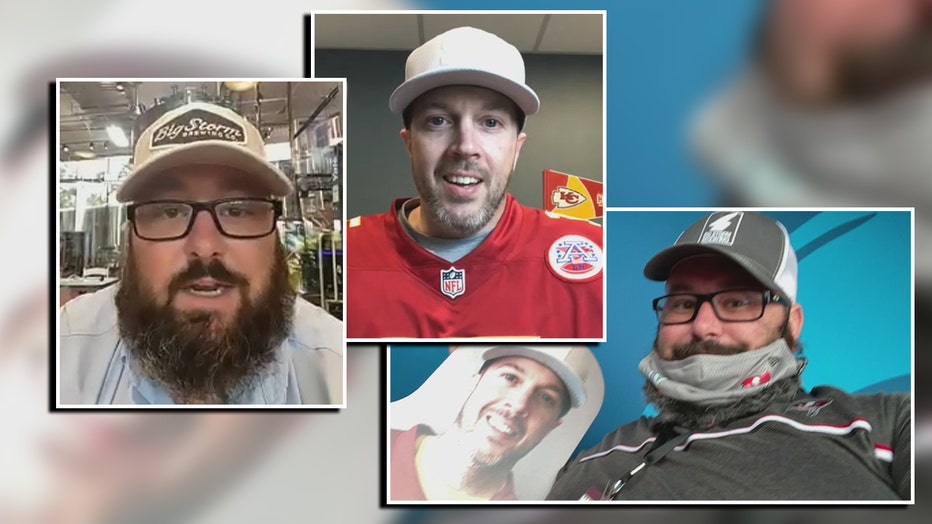 Govoni officially extended the invitation for Whipple's family to visit with free flights, a beach hotel, a trip to the brewery to sip a beer specially brewed for "Frank" and plenty of sightseeing.

"Over to Sparkman Wharf or down at the new pier in St. Pete," Govoni said.

Whipple's wife and two sons joined the Zoom call, too, and were thrilled for some warm sunshine.

"It is minus 10 degrees today," Whipple's wife, Leanna said.

Before they met, Govoni jokingly guessed that "Frank" was a middle school math teacher who maybe coached JV basketball. He was half right. Clayton works in technology and e-commerce. But he did coach his son in soccer and even a little bit of basketball. 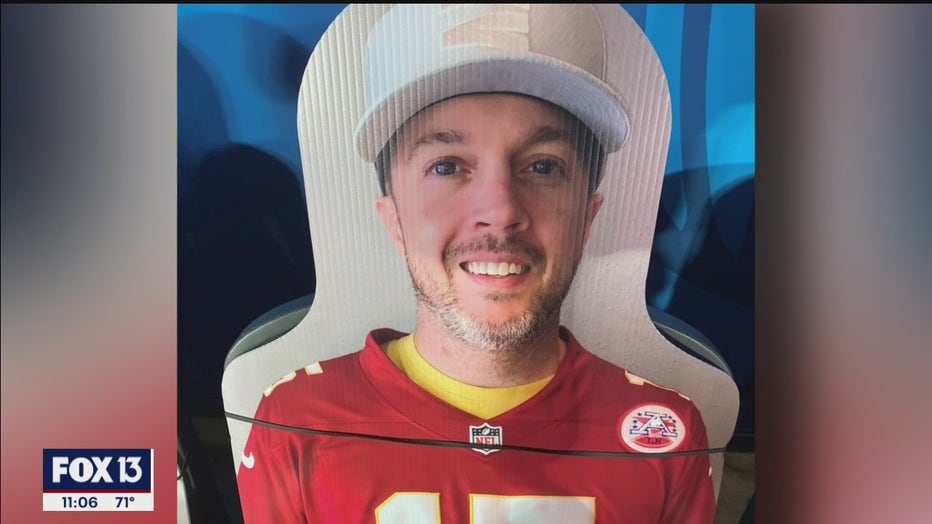 As for the cutout, it's on Clayton's bucket list to witness the Chiefs win a Super Bowl. Cardboard was the next best thing.

"I just don't know what happened to Frank," Govoni said. "I guess I tried to sneak him out but you know, sneaking out a four-foot by three-foot cardboard cutout is not that easy."

While his team may not have won, this Chiefs fan gained a buddy in a Bucs jersey 1,300 miles away. 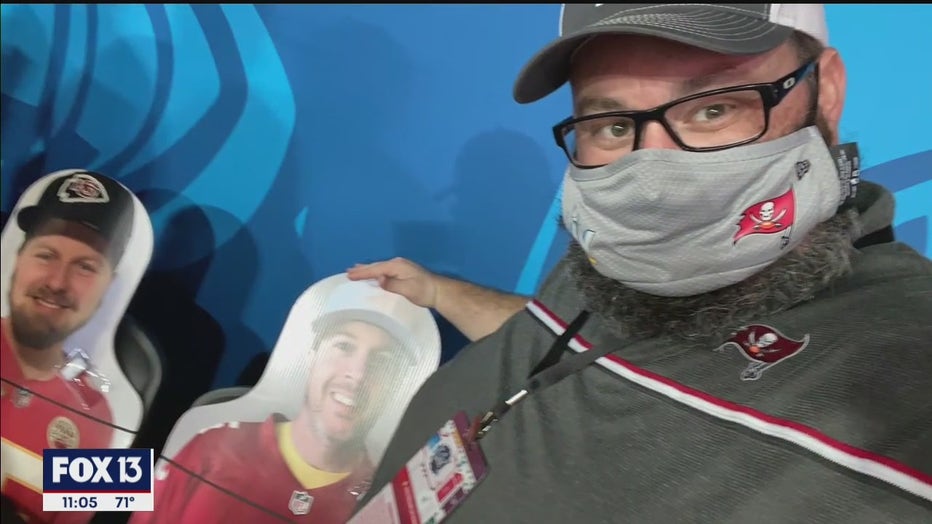 "I think it's a really cool story and a lot of fun and so awesome to be a part of it," Whipple said.

"There'd be nothing nicer than, you know, two people that don't know each other from literally, opposite sides of the country and opposite teams, getting together and just being communal," Govoni said. "Sports and beer, I think, have a really unique way of bringing communities together."

As for the nickname "Frank," Clayton thinks it'll probably stick.