ST. PETERSBURG, Fla. - A welcome committee of cardboard cutouts waiting in the terminal of the St. Pete-Clearwater Airport may seem strange, but not for Clayton Whipple. He is the man behind one of the most infamous cutouts ever.

"I am shocked. This is not what I was expecting at all," said Whipple.

However, you probably know Whipple better as "Frank." It was the name jokingly given to him by LJ Govoni after Govoni launched an internet-wide search to find the Chiefs fan whose cut out he sat next to as he watched the Tampa Bay Buccaneers win Super Bowl LV.

"I discovered there’s this whole story about this guy at the Super Bowl who’s next to this cardboard cutout and has befriended him," said Whipple, the Kansas City Chiefs fan from Iowa who turned out to be the man behind the cutout.

The two eventually connected. But Govoni wanted a chance to share a beer with Whipple in person. On Saturday, that wish was granted as the two men met in person for the very first time. 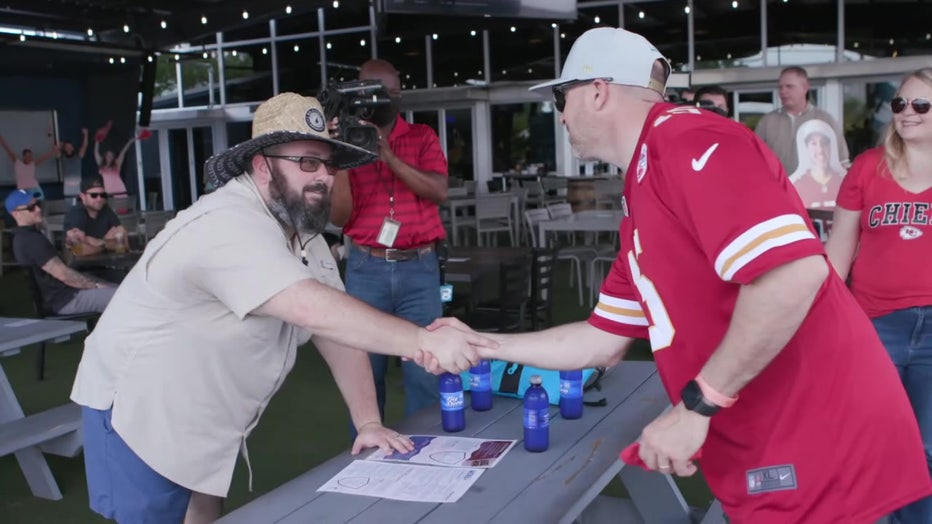 "It’s about two people from two different parts of the country that don’t know each other, opposing teams, biggest game and the biggest sport in America kind of coming together," said Govoni.

While the game may have brought them together, Govoni said the reason for the meeting ran much deeper than just football.

Only 22,000 ticketed fans will attend Super Bowl LV in person, but the NFL is filling a majority of the empty seats with fan cutouts to represent those who can’t be at the big game.

"It’s about all the commonalities," said Govoni. "I think as Clayton‘s family and my family sit here today and share some beers, we’re going to find that on the surface we have these differences, but we are a lot more in common I think than we would’ve ever guessed."

Govoni also wanted to give Whipple and his family the Tampa Bay experience they missed out on back in February.

"This is special for us because we’re here finally two months later getting a chance to meet LJ for the first time," said Whipple. "It’s about being able to get out and meet new people and start to see life again the way it was. This was big for us. 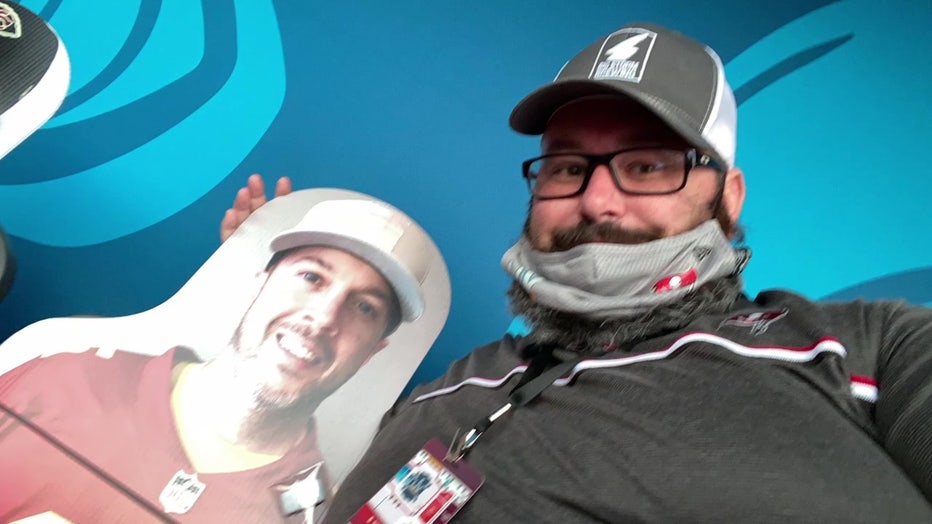 Govoni and Whipple proving that sometimes differences can bring you together.

"After such a year of division in this country, to bring people together, you know there’s nothing more communal than beer and football," said Govoni.

Govoni helped arrange the trip for Whipple and his family as he said he wanted the Whipples to experience true Tampa Bay hospitality.