TAMPA, Fla. - The Bay Area woke up to a cold start to the day. In fact, it's the coldest morning so far this season, but the temperatures will rebound later in the day.

Most in the region were either in the 30s or the 40s with a wind that made it feel like temperatures were in the 30s.

"Seven mile-per-hour winds make a difference. It essentially removes any warmth your body is trying to trap, so it feels colder," he said. "It's one of those mornings where you will want to bundle up -- I'm talking a few layers, probably the hats, the gloves the scarves. The cold air means business." 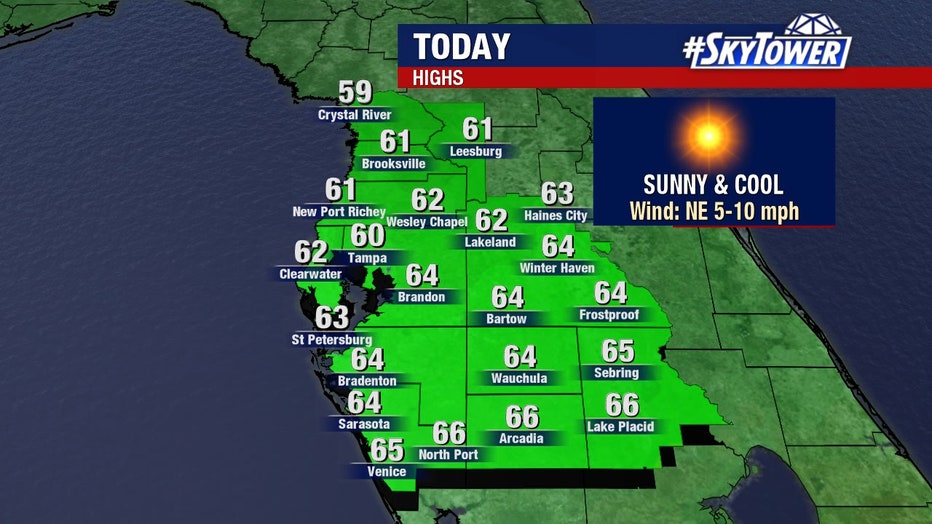 The forecast highs will bring the area to the low 60s.

"We barely touch 60 degrees yesterday in Tampa, so this is our first sign that we are going to start to see things improve in the temperature department," Sadiku said. "As we get into your Thursday, the winds shifting more out of the east, that will drag in some warmth -- but still dry, for now."

By Friday, it will be a different story, he said. 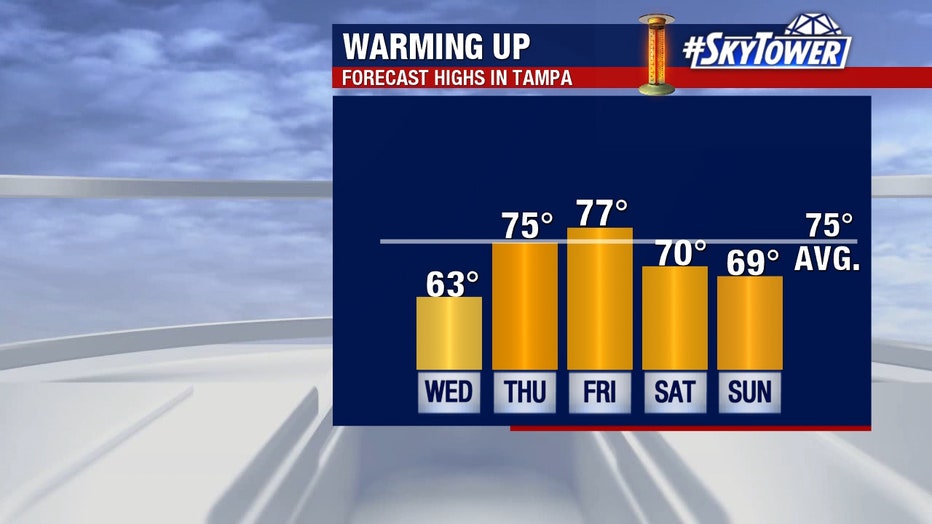 "Look what happens by Friday into Saturday, all of that moisture is starting to return," Sadiku said. "We got a series of cold fronts. One this Saturday, and then another one on Monday." 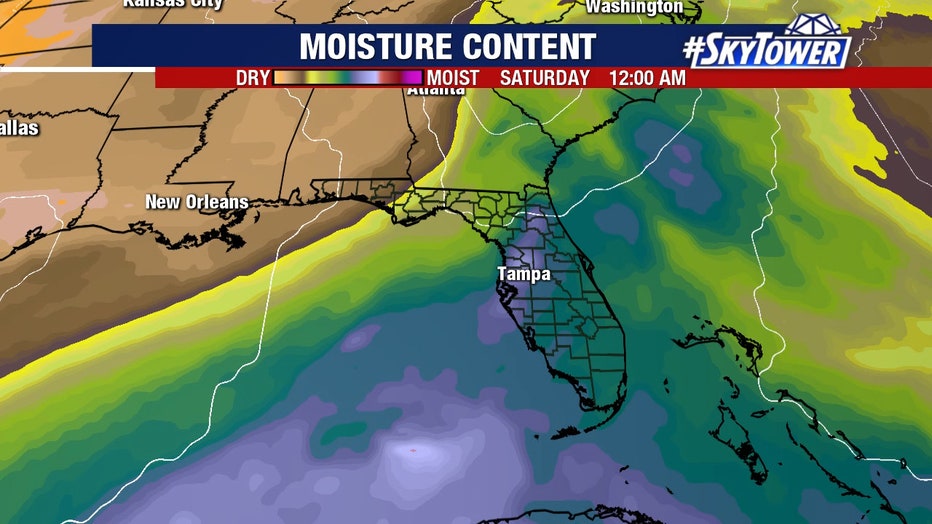