LOS ANGELES, Calif. - California Democrats in Orange County are demanding that the county’s John Wayne Airport be renamed and all likenesses of Wayne be removed from the airport, over “racist and bigoted statements” made by the American icon decades ago.

“The Democratic Party of Orange County condemns John Wayne’s racist and bigoted statements, and calls for John Waynes’ name and likeness to be removed from the Orange County airport, and calls on the OC Board of Supervisors to restore its original name: Orange County Airport,” the resolution, passed Friday, says.

The resolution, first reported by the Los Angeles Times, calls on the Orange County Board of Supervisors to reverse the 1979 decision to rename it after Duke, and cites remarks he made in a 1971 interview with Playboy.

“I believe in white supremacy until the blacks are educated to a point of responsibility. I don’t believe in giving authority and positions of leadership and judgment to irresponsible people,” he said in that interview nearly 50 years ago. 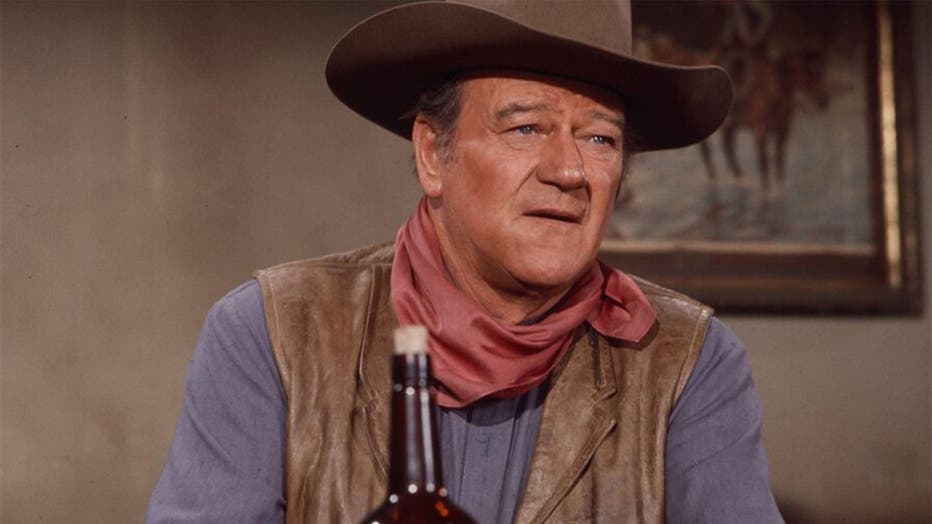 Unspecified - 1970: John Wayne, behind the scenes of the making of 'Rio Lobo', for the ABC special 'Plimpton! Shoot-Out at Rio Lobo'. (Getty)

“I don’t feel guilty about the fact that five or 10 generations ago these people were slaves,” he said at another point in the interview.

There have been a number of pushes to rename the airport as a result of those comments after they resurfaced. Wayne’s defenders have said it is unfair to judge him based off remarks made nearly 50 years ago, and when he is no longer alive to defend or even retract them.

The latest push comes amid a movement across the country to tear down monuments and rename buildings and institutions that are named after people deemed to have held racist views or committed racist acts.

The Democratic resolution hails a “national movement to remove white supremacist symbols and names is reshaping American institutions, monuments, businesses, nonprofits, sports leagues and teams, as it is widely recognized that racist symbols produce lasting physical and psychological stress and trauma particularly to Black communities, people of color and other oppressed groups, and the removal of racist symbols provides a necessary process for communities to remember historic acts of violence and recognize victims of oppression."

According to the LA Times, Wayne lived a good portion of his life in Newport Beach in Orange County, was a political power broker in the county and was buried in the city after his death in 1979.