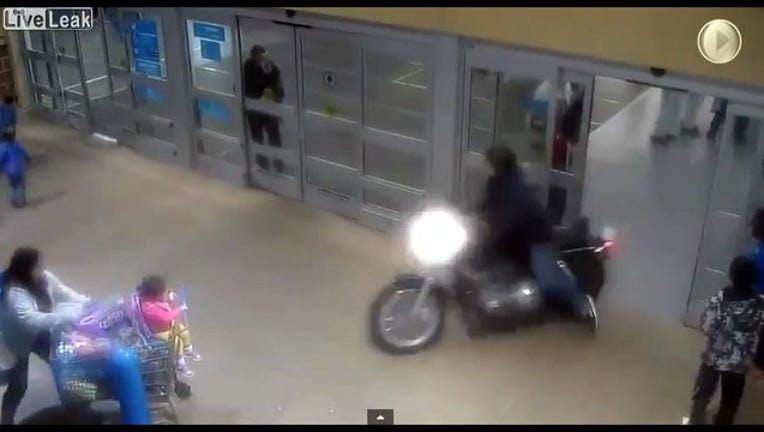 Wild video that has surfaced online shows one of the most unusual police chases you will ever see.

A motorcyclist in the Vancouver area drives through a mall to evade police – and it works.

The Star reports that the chase happened weeks ago, but authorities are still looking for the suspect, who was wanted for reckless driving.

The chase happens in Surrey, B.C., with police following the man as he drives through city streets. Suddenly, the man turns into a town mall and heads inside.

Surveillance video shows him narrowly missing stunned shoppers -- even in one case where he heads down an escalator.

According to the Star, a motorcycle matching the description was found abandoned in a wooded area; the suspect was nowhere to be found.