Due to the supply chain backlog, consumers may find it difficult to purchase an artificial tree this year.

NEW YORK - Candy canes may be harder to come by this holiday season, possibly the result of declining peppermint production in the U.S. and the global supply chain facing a multitude of problems.

Economy Candy, which claims to be New York City's oldest retail candy shop, said it has faced a shortage of "all candy and chocolate products in recent months, including candy canes."

"We only received half of our candy cane order for the holiday season and sold out almost immediately (we currently have zero in stock)," Mitchell Cohen, the owner of Economy Candy, told FOX Television Stations in an email.

Economy Candy, which opened in 1937, sells over 2,000 varieties of candies, chocolates, dried fruits and nuts. Cohen noted how the company has dealt with shortages "on over half of our inventory" in recent days.

After being notified by suppliers in October that many products wouldn’t be available until early 2022 — after the busy holiday season — Economy Candy began stocking up on inventory and "even had to track down new suppliers at much higher price points."

But this is the first time the store has entirely run out of candy canes in its 84-year history, according to Cohen, a third-generation owner and operator of the store.

"Raw material and ingredient shortages globally have had quite an impact," he said. 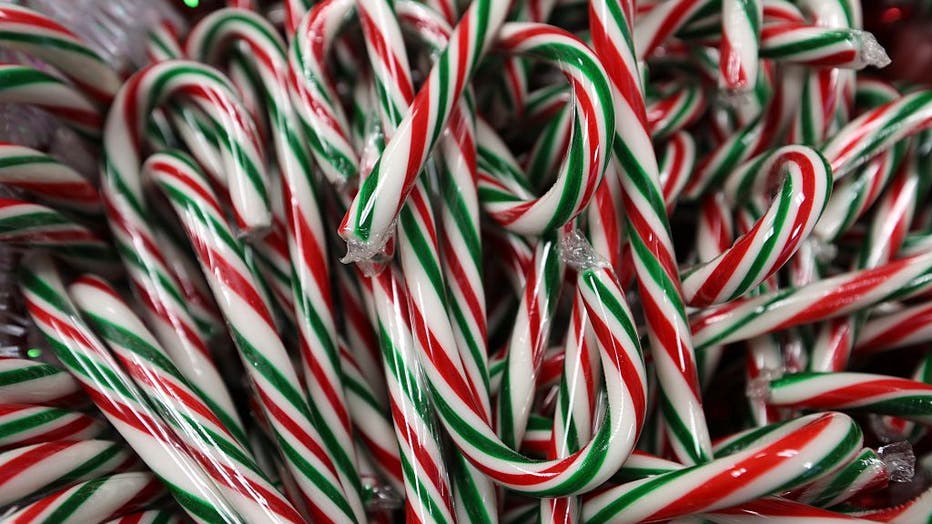 The U.S. is a leader in peppermint oil production, accounting for 70% of the world's output, according to research by the University of Nebraska-Lincoln. Roughly 35% is grown in Oregon.

However, production has fallen nearly 25% over the last decade, according to data compiled by the U.S. Department of Agriculture. In 2020, production fell 8.6% from the year prior.

Various factors may be the cause of a decline in production, including an incurable and deadly fungal disease called Verticillium wilt that has plagued the industry.

"As Verticillium wilt disease became a problem, it wasn’t solved—the (peppermint) industry just migrated further west," Mark Lange, an associate professor of molecular plant science at Washington State University, told the nonprofit news site The Counter. "So then the Midwest became a growing area of prominence for mint. And then as Verticillium pressure became too high there, it moved further and now the states that grow the most mint are on the west coast—so Oregon, Washington, Idaho. But you can’t go further west."

Peppermint is an ingredient used in many items beyond candy canes. Park Avenue Coffee, a specialty coffee maker in St. Louis, Missouri, said it has also faced issues in obtaining peppermint for holiday drinks and baked goods.

"We always order peppermint in November and it always comes in, you know, the first week in December, we're good to go," owner Dale Schotte told KSDK-TV. "Not this year."

The owner of a handcrafted ice cream shop, also in St. Louis, told the local news station that she began ordering peppermint in the spring in anticipation of raw ingredient shortages.

Peppermint isn’t the only item making headlines for its hard-to-get status. Experts have said Christmas tree buyers should expect to pay between 10% and 30% more for both live trees and artificial trees this year — and also have a smaller selection to choose from.

Experts say the global economy has not experienced anything like the current situation for decades, and consumer spending seems to be a key reason.

A surprisingly swift and robust economic recovery from the pandemic recession left suppliers flat-footed and hampered by COVID-19 disruptions. After years in which ultra-low inflation had become a fixture of economies across the world, prices rocketed skyward in 2021 — at the grocery store, the gasoline pump, the used-car lot, the furniture store and elsewhere.

Meanwhile, U.S. workers, having struggled for years to achieve economic gains, secured better wages, benefits and working conditions — and the confidence to quit their jobs if they didn’t get them.

Global supply chains that ran efficiently for years have broken down as factories, ports and freight yards buckled under the weight of surging orders.