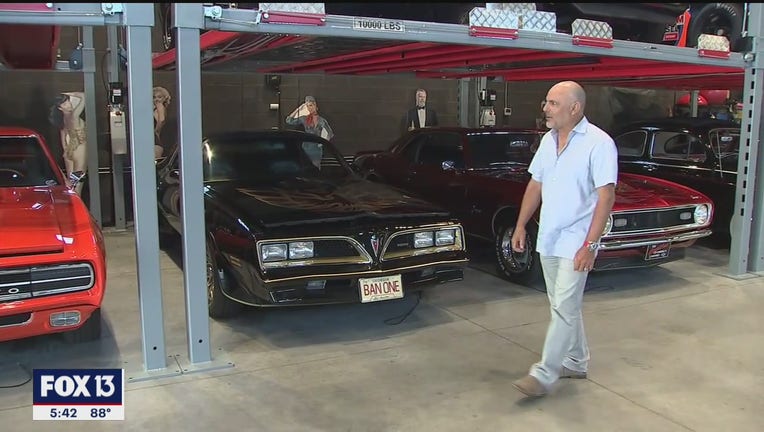 TAMPA, Fla. - You might see Fred Lay driving around Tampa in his red McLaren or one of two dozen other cars in his collection.

Lay, the president and founder of Tampa’s Construction Services, Inc, says sometimes he doesn’t find cars. They find him.

A couple of years ago, he built a garage for his collection, but it’s no ordinary garage. It has a full kitchen, bar, pool table, video games, and a home theatre.

Lay is just the kind of customer Motor Enclave Tampa is looking for.

Motor Enclave is a car community with garages, or car condos, with access to a 1.5-mile performance track where members can put their cars to the test.

Most units have bedrooms, bathrooms, and at least a small kitchen. Some of the larger units have full accommodations.

They're usually viewed as second homes, much like others would view a lake cabin or country house -- except with the sound of engines and the smell of gas.

It’s planned on a 200-acre tract near the intersection of interstates 4 and 75 in Hillsborough County, adjacent to Tampa Executive Airport.

The developer is Brad Oleshansky, who built M1 Concourse, a performance car community in Michigan. 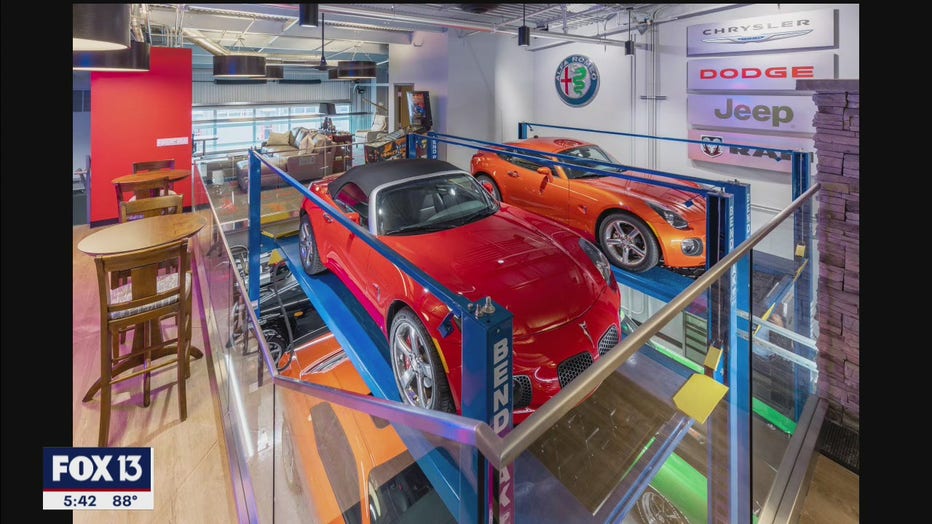 “I chose Tampa based on data,” said Oleshansky from his expansive garage in Michigan. “I did a lot of research on markets around the country.”

He said the Tampa area has an active car scene with wealthy enthusiasts. The location could also attract buyers from the Sarasota and Orlando areas. Its proximity to Tampa Executive Airport would also be convenient for private aircraft to fly in clients for a performance driving school or other events.

If all goes as planned, they hope to open Motor Enclave Tampa in late 2021.

Lay says even though he already has a spacious garage holding 23 or possibly 24 cars, he plans to purchase a garage condo at Motor Enclave Tampa.