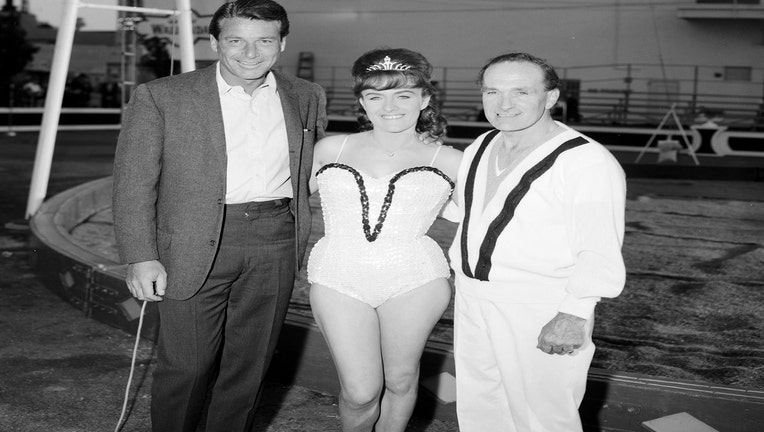 SARASOTA, Fla. - Carla Wallenda, a member of "The Flying Wallendas" high-wire act and the last surviving child of the famed troupe's founder, has died at the age of 85.

Her son, Rick Wallenda, said on social media she died Saturday in Sarasota, Florida, of natural causes. She was the daughter of Karl Wallenda, who had founded the troupe in Germany before moving to the United States in 1928 to great acclaim. She was the aunt of aerialist Nik Wallenda.

Carla Wallenda was born on Feb. 13, 1936, and appeared in a newsreel in 1939 as she learned how to walk the wire, with her father and mother, Mati, looking on. But she said her first time on the wire was much earlier.

"Actually, they carried me across the wire when I was 6 weeks old," she said in a 2017 interview.

Carla Wallenda left the family act in 1961 to form her own troupe. The next season, two of the Wallendas were killed in an accident while performing the pyramid. Her brother was paralyzed.

Wallenda rejoined the family troupe in 1965, replacing an aunt who died doing a solo act.

Her husband, Richard Guzman, died in 1972 when he fell 60 feet (about 18 meters) during a performance in West Virginia. Her father died in 1978, falling while walking a wire across a street in Puerto Rico.

Still, she would not be deterred from performing.

She worked through her 70s, including in a Miley Cyrus music video. She finally retired in 2017 at the age of 81 after appearing on a Steve Harvey TV special, doing a headstand atop an 80-foot sway pole.

She is survived by her son, two daughters, Rietta Wallenda Jordan and Valerie Wallenda, and 16 grandchildren. A second son, Mario, died in 1993.