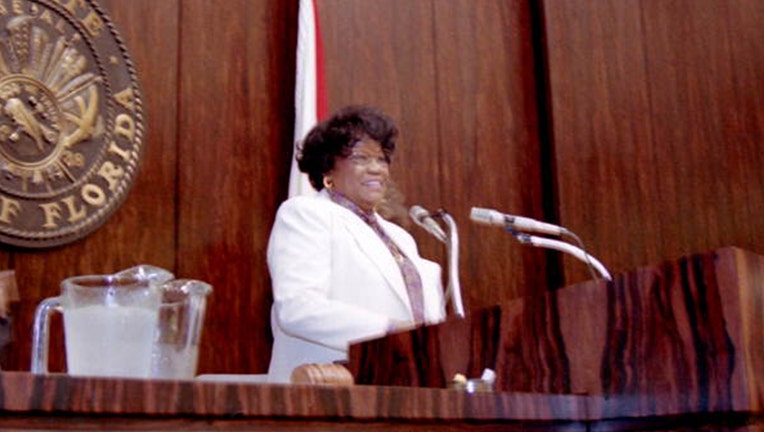 FORT LAUDERDALE, Fla. - Carrie Meek, the grandchild of a slave and a sharecropper’s daughter who became one of the first Black Floridians elected to Congress since Reconstruction, died Sunday. She was 95.

Meek died at her home in Miami after a long illness, her family said in a statement. The family did not specify a cause of death.

Meek started her congressional career at an age when many people begin retirement. She was 66 when she easily won the 1992 Democratic congressional primary in her Miami-Dade County district. No Republican opposed her in the general election.

Alcee Hastings and Corrine Brown joined Meek in January 1993 as the first Black Floridians to serve in Congress since 1876 as the state’s districts had been redrawn by the federal courts in accordance with the 1965 Voting Rights Act. 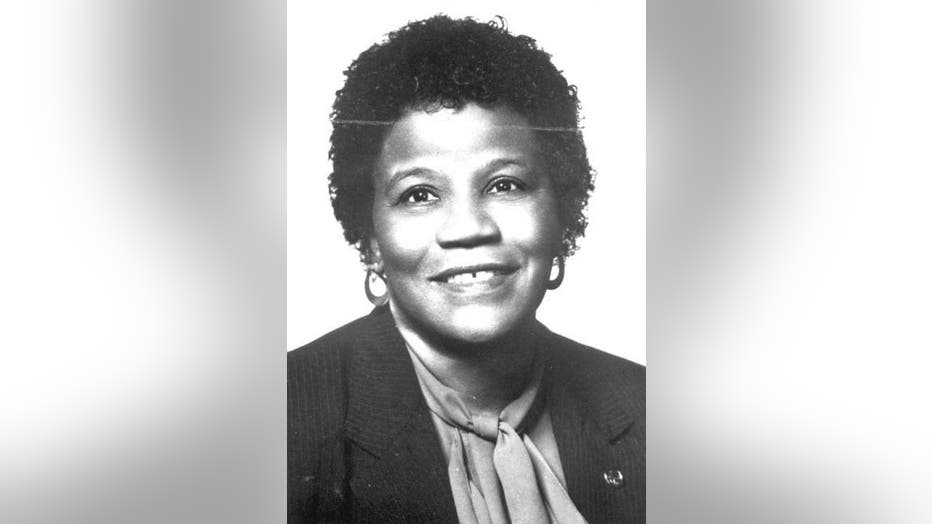 On her first day in Congress, Meek reflected that while her grandmother, a slave on a Georgia farm, could never have dreamed of such an accomplishment, her parents told her that anything was possible.

"They always said the day would come when we would be recognized for our character," she told The Associated Press in an interview that day.

In Congress, Meek championed affirmative action, economic opportunities for the poor, and efforts to bolster democracy in and ease immigration restrictions on Haiti, the birthplace of many of her constituents.

She also was known for her liberal opinions, folksy yet powerful oratory, and colorful Republican bashing. 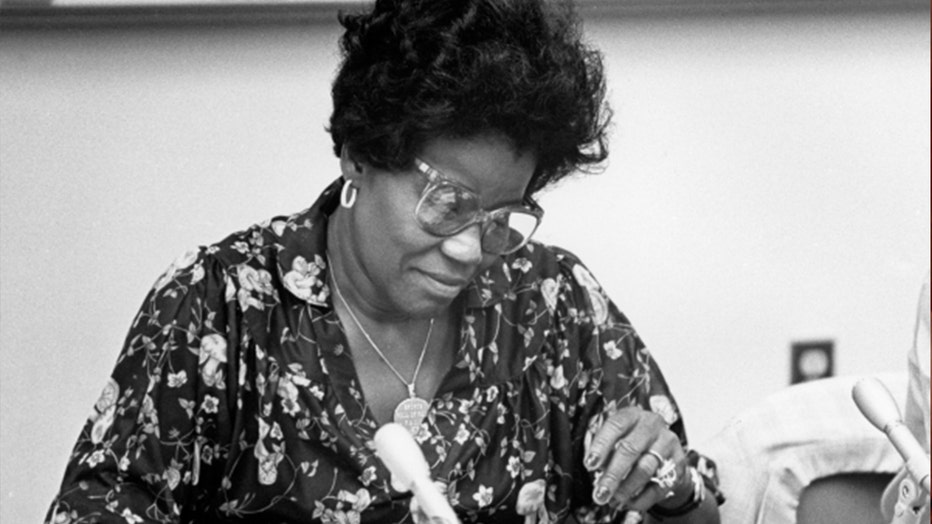 "The last Republican that did something for me was Abraham Lincoln," she told the state delegation to the 1996 Democratic Convention in Chicago.

Meek joined her son Kendrick, a former state trooper and state senator, in a 2000 sit-in at then-Florida Gov. Jeb Bush’s office to protest an end to affirmative action policies. She had long argued in favor of such policies, since earning her master’s degree from the University of Michigan in Ann Arbor in 1948. At the time, Blacks were not admitted to graduate schools in Florida.

Meek decided not to seek a sixth term in 2002. Her son Kendrick succeeded in winning her heavily Democratic district, a seat he held for four terms before an unsuccessful bid for the U.S. Senate in 2010.

After leaving Congress, Carrie Meek returned to Miami and created a foundation to work on education and housing issues. She was also criticized for some of her business dealings. 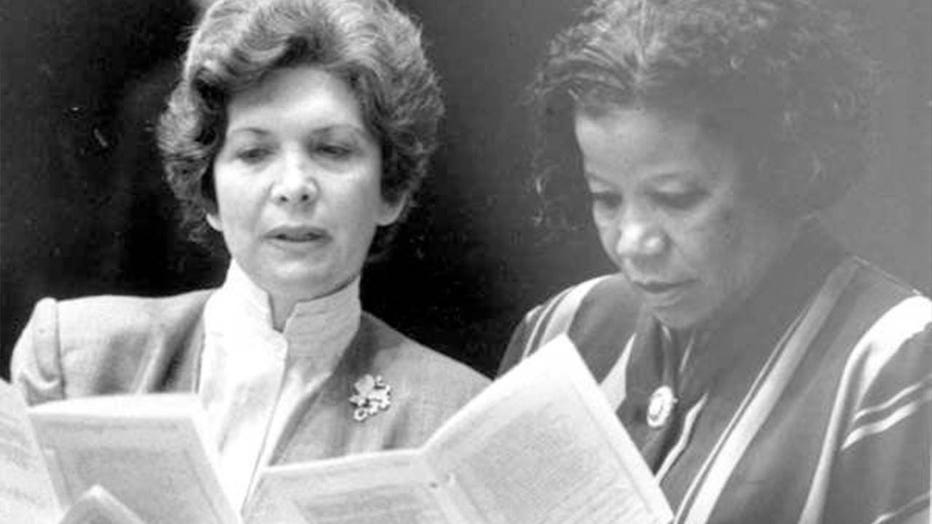 She lobbied for a biotech park that was planned for Miami’s impoverished Liberty City neighborhood but never materialized. County authorities eventually started a criminal investigation, and the park’s developer was arrested in October 2009 on charges that he stole nearly $1 million from the project.

Congressional records showed that Meek was paid while her son sought millions of federal dollars for the project. Meek said she was paid as a consultant, and both mother and son denied their efforts were linked.

Before entering politics, Meek worked as a teacher and administrator at Miami-Dade College.

She was elected to the Florida House in 1978, succeeding pioneer Black legislator Gwen Cherry, who had been killed in an auto accident. She became one of the first African Americans and the first Black woman to serve in the Florida Senate since the 1800s. 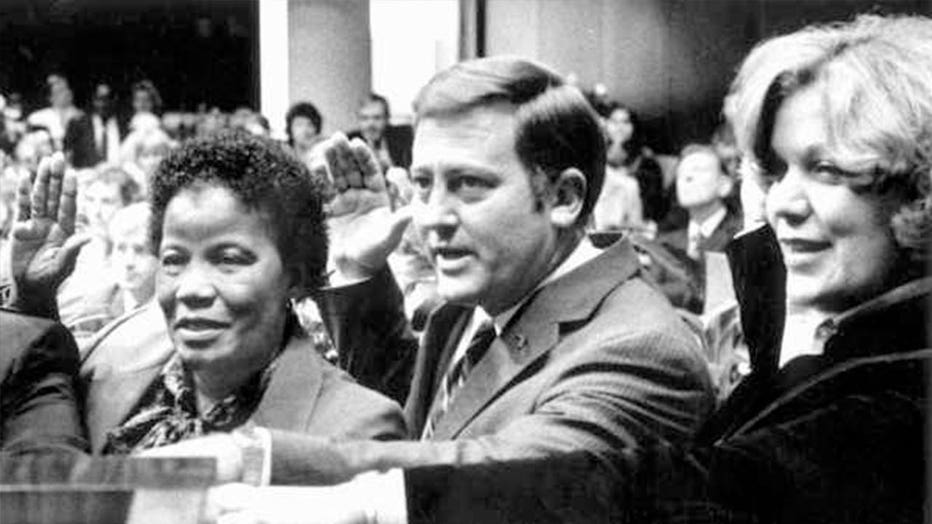 Carrie Pittman was born to Willie and Carrie Pittman in Tallahassee on April 29, 1926, and was the youngest of 12 children. Her father worked in nearby fields as a sharecropper and her mother took in laundry from white families.

She graduated from Florida A&M University in 1946 with a degree in biology and physical education. The university named its building for Black history archives in her honor in 2007. She was a member of Delta Sigma Theta sorority.

She accepted a position at Bethune Cookman College as an instructor and became the institution’s first female basketball coach. In 1958, she returned to Florida A&M as an instructor in health and physical education. She held that position until 1961.

Meek continued her teaching career at Miami Dade Community College as the first Black professor, associate dean, and assistant to the Vice President from 1961 to 1979. 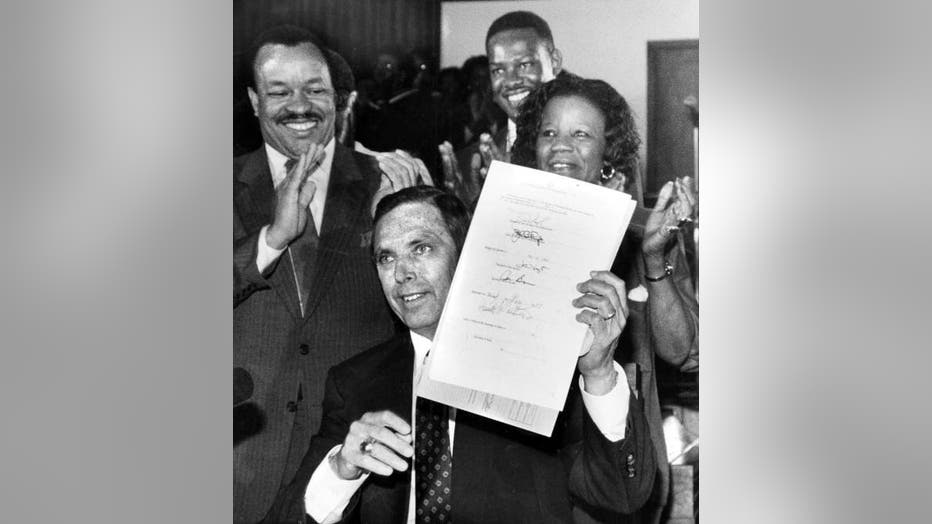 In Congress, Meek was a member of the powerful Appropriations Committee and worked to secure $100 million in aid to rebuild Dade County as the area recovered from Hurricane Andrew.

She retired in 2002 and shifted her focus to the Carrie Meek Foundation, which she founded in November 2001, to provide the Miami-Dade community with much-needed resources, opportunities, and jobs. Meek spearheaded the Foundation’s daily operations until 2015 when she stepped down due to declining health.

"She was never afraid to use her voice to speak out against inequality or to fight for the disenfranchised and the vulnerable — and her towering legacy will continue to shape our community and the nation for generations to come," Levine Cava said.