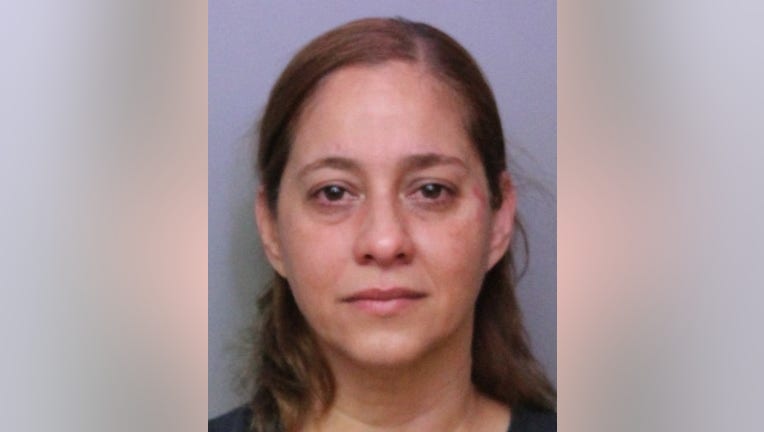 HAINES CITY, Fla. - A teacher was arrested in Haines City after striking and scratching the victim, the police department announced Monday.

Haines City police said 46-year-old Gladys Negron-Diaz faces a domestic violence charge and was arrested on Jan. 17. They said she is a teacher at Renaissance Charter School Hunter's Creek in Orlando.

Around 11 a.m. that day, police said they responded to the area of Rosedale Road. They said Negron-Diaz and the victim were arguing before the suspect struck the victim in the face. Police said she also scratched the victim’s arms and chest.

Police did not provide the age or identity of the victim, but said she "had noticeable bruises near the eyes and fresh scratches to the chest and arm areas when officers arrived."

Detectives said the suspect told them she was moving to the area and was stressed.

"It's terribly disappointing to see this type of behavior from an educator entrusted with making a positive impact on the lives of the youth," Chief Jim Elensky said in a statement. "Domestic violence is a serious crime and should always be reported. I applaud our officers for taking swift action to protect the victim and ensure this did not escalate further."