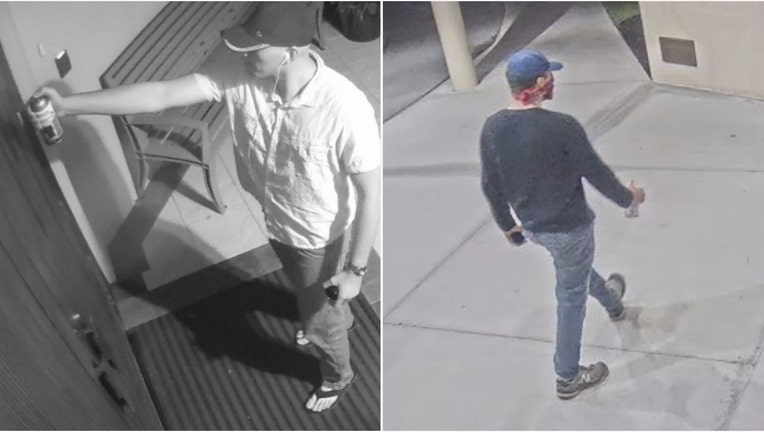 According to SCSO, an unidentified man spray-painted multiple swastikas on exterior walls of Temple Emanu-El located at 151 McIntosh Road on April 2.

In similar incidents in the early morning hours on July 15, a man was again seen in video surveillance spray-painting several swastikas and other anti-Semitic graffiti at Temple Emanu-El as well as Temple Sinai at 4631 South Lockwood Ridge Road.

Detectives said they received information identifying Martinez as a possible suspect after they released images and video from each incident on the sheriff's office social media account.

“The Sarasota County Sheriff’s Office takes hate crimes such as these very seriously,” commented Colonel Kurt A. Hoffman. “Our detectives worked tirelessly with help from the community to bring this case to a successful conclusion.”

Martinez faces three counts of criminal mischief by defacing and damaging a synagogue, all classified as felony hate crimes.

He is currently at a secure medical facility pending his arrest on warrants issued Wednesday, according to SCSO.