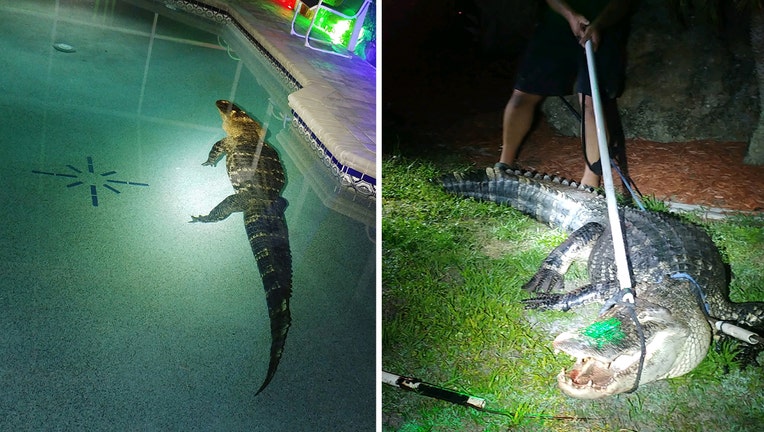 PUNTA GORDA, Fla. - It's not the first time a gator broke into a Florida home and decided to cool off in someone's pool – and it won't be the last.

Down in Charlotte County, a family woke up to loud noises from their lanai area. When they went to investigate, they discovered a massive gator floating in their pool.

Deputies responded to the home, saying the gator was over 10 feet long and weighed more than 550 pounds.

"Water Safety Month, Tip #37: Always check your pool before diving in!," the agency wrote in a Facebook post. 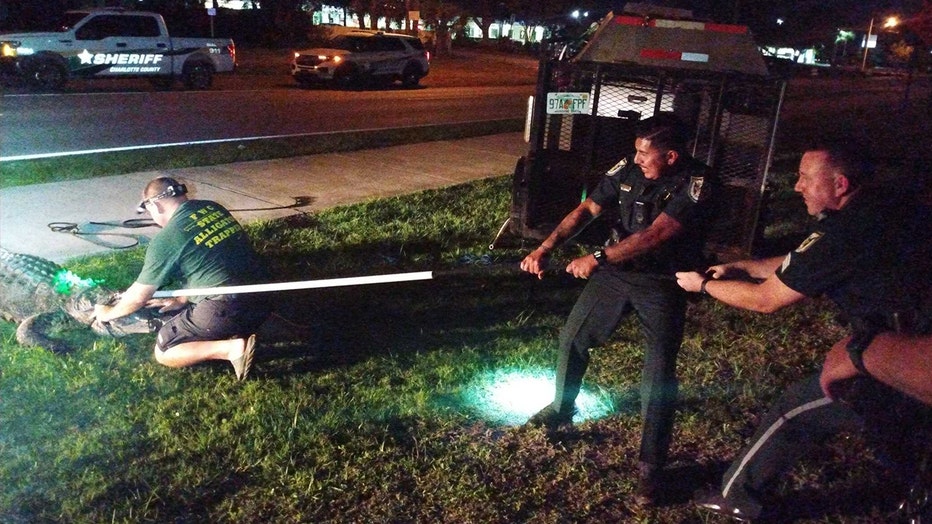 The sheriff's office reported the alligator tore through the screen to enter the "nice, cool water."

A trapper with the Florida Fish and Wildlife Conservation responded, but officials didn't specify what happened to the reptile after its removal. 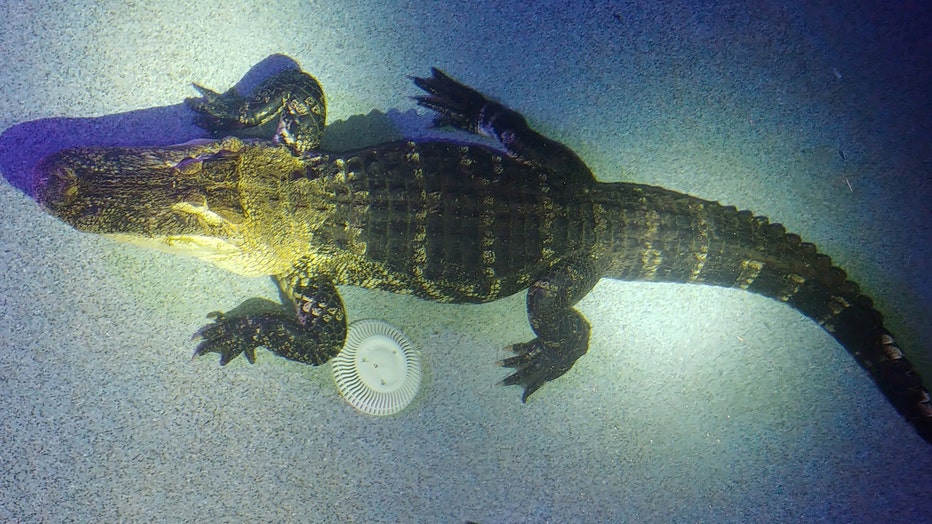 Alligator sightings like this are common during alligator mating season, which has already begun. It's also a reminder to visitors and locals that males are on the move.

According to the Florida Fish and Wildlife Conservation Commission (FWC), mating usually occurs in May or June. Females typically form nests in August and September, where they will then lay on average between 30 and 50 eggs in late June or early July. Hatching takes place August through September.

PREVIOUS: 'Leave it alone': Florida alligators on the move ahead of mating season start

"If you see an alligator leave it alone, give it its distance," " said Dan Costell, associate curator for reptiles and fish at Zoo Tampa at Lowry Park. Costell said.

While giving an alligator its distance is important year-round, it's especially important during mating season. FWC is reminding folks to only swim in designated areas during daylight hours and keep pets away from fresh or brackish water.