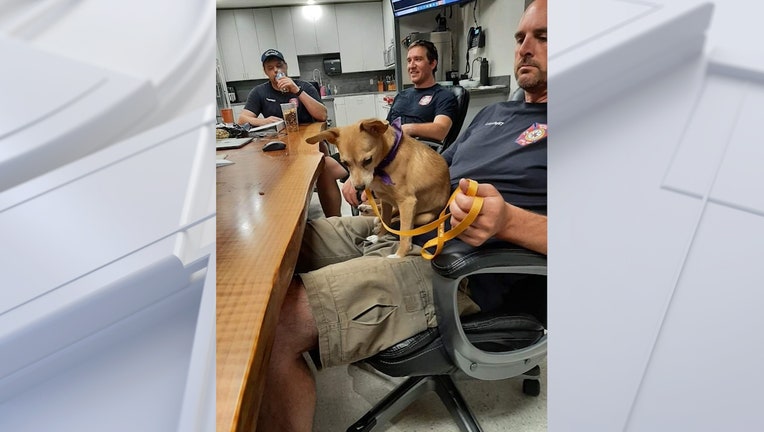 A chihuahua was rescued from a cliff three days after being reported missing. (Credit: Estacada Fire District)

ESTACADA, Ore. - A frisky chihuahua is back with its owner after being found stuck and eventually rescued from a cliff in Oregon three days after being reported missing.

Firefighters in Estacada, Oregon, said they found the dog Monday evening on a steep rock bank along Estacada Lake, which is southeast of Portland.

Crews said on Facebook they had to use rescue equipment to ascend down the steep bank to rescue "Flora."

The dog’s family told FOX 12 that the 9-year-old dog had snuck out and fallen 40 feet while they had pulled over to fix their RV while on a road trip to southern Oregon.

"Got out, open the side door, fixed what needed to be fixed, shut the door then walked around a vehicle to drive away," the owner, Robert, told the news outlet.

The family later realized their beloved pet was missing.

"By the time we got there she had been running all around almost run over two or three times," Robert continued. "People were scurrying around and they saw her running around by the edges of this brush and wooded area and then just disappear."

The family says Flora is now eating again and her health is returning.