AUBURNDALE, Fla. - The police chief in Auburndale says the 6-year-old who was hit and killed by a vehicle was likely out looking for her mother who left home following an argument with her father.

The crash occurred around 6:30 a.m. Wednesday on Havendale Boulevard near U.S. Highway 92.

"It was dark outside there is street lighting in the area but it’s still rather dark," explained Chief Andy Ray. "At that point, one of our officers saw the child cross the street as he was turning on Havendale Boulevard."

That officer made a U-turn to find out why the child was out at that hour, but by the time he returned, the deadly accident already occurred. The driver of a Ford F-150 struck her and continued driving. However, another motorist caught up to the Ford F-150 and told him. 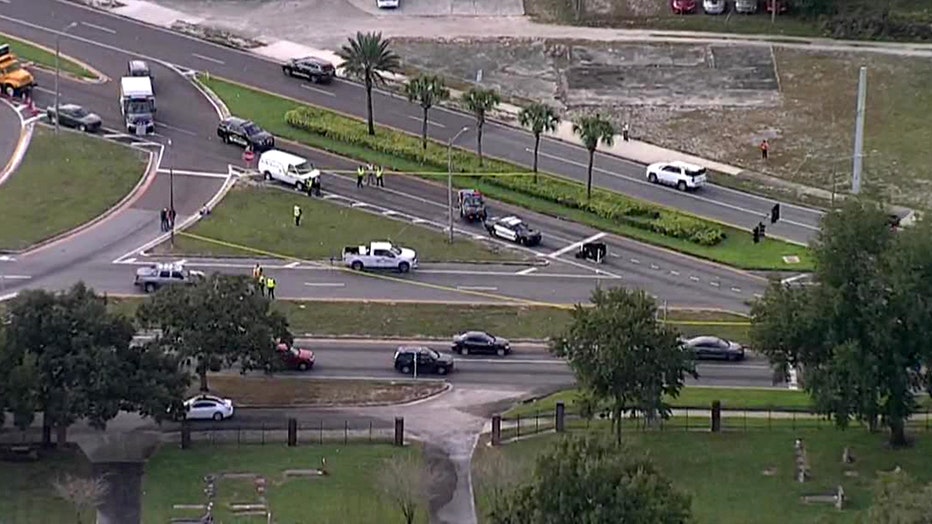 That driver returned to the scene and is cooperating. Police said, according to the Ford driver, he didn't know he struck a child, but thought he hit something in the road.

The company he worked for had an onboard camera, which police viewed. Chief Ray said there was no speeding and the driver was actually traveling below the speed limit.

The video showed he was driving behind a tractor-trailer that was in the outside lane.

"At that point, watching the video, you don’t see the child immediately," the police chief described, "but then the child runs into the street and is struck by the pickup truck. She was six years old. Obviously, she was small. She was struck on the right front corner of the pickup truck."

Chief Ray said, at this point, there are no anticipated charges for the driver. The child, identified by the police chief as Ra’nesha Jackson, was possibly trying to find her mother who left their home that morning.

"It's possible that it followed some kind of dispute at home," Chief Ray said, adding that both parents have since been located by detectives. "The mother said there was no violence. It was just an argument this morning."

He went on to say that police have responded to their Auburndale home in the past. The most recent time was in September 2020. The chief said "several other" children live at the home.