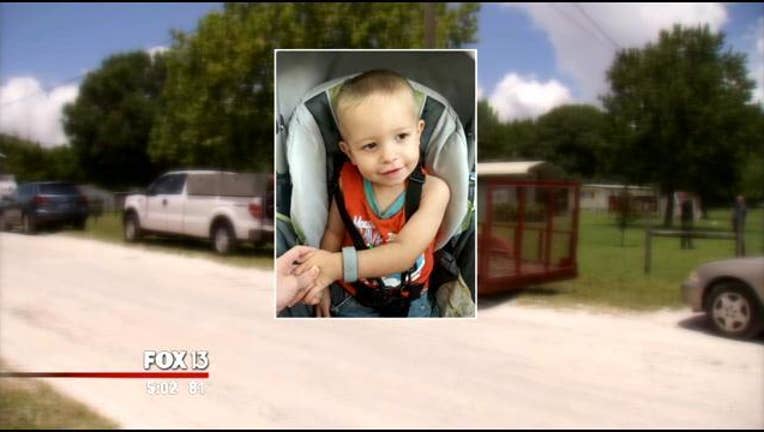 A second day of surgery went well, according to family members of 2-year-old Zayden Collins, a Pasco County toddler who lost his right foot in a lawn mower accident last Saturday.

Collins is being treated at Tampa General Hospital, where doctors were able to save most of his leg above the ankle.

The toddler was playing in the yard Saturday morning as his mother, Tiffany Collins, mowed their lawn. When he came running up to his mother's riding lawn mower, Pasco County authorities say she shut off the mower, but the blades kept spinning.

Zayden slipped on the grass and underneath the mower, which caused the blades to amputate his foot.

"He's 2 years old, he doesn't need to go through this at his age. Thank God he's young, so he can know how to mold his life around it," said Christopher Littlepage, Zayden's uncle, on Sunday.

Prosthetic specialist say recovering from an amputation is a long and difficult process, but children typically handle recovery better than adult amputees.

"They don't have hang ups and limitations. Adults, we carry our little baggage with our disability. There may be some anxiety and some fear involved, but it's very quickly overrun," added Esparza, who is an amputee himself, losing his left leg in a motorcycle accident at the age of 16.

Post-surgery, the recovery process begins with doctors monitoring the wound as it heals. Physical therapy is usually the next step, where patients learn balance.

Once the first, temporary prosthetic is fitted, patients must learn to walk again using the new limb. For a child, the prosthetic will have to be replaced several times throughout his or her life as they grow.

According to the Collins family, a Tampa-based charity "50 Legs," has reached out to them to help Zayden get his first prosthetic.