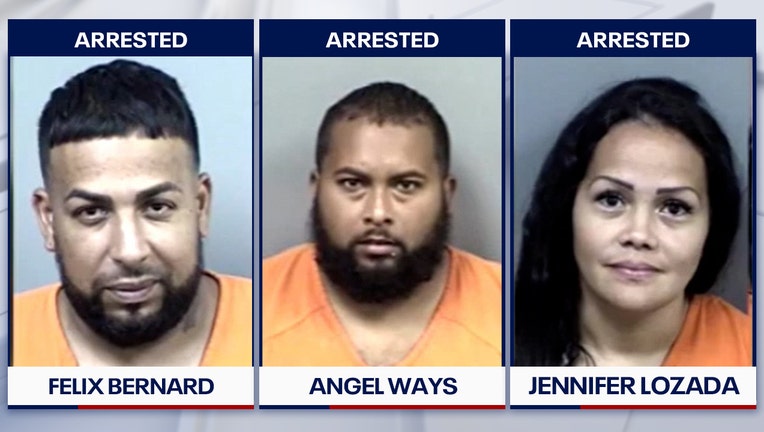 The rebuke came in a video posted late Thursday, revealing the results of a six-month-long narcotics investigation that concluded with three arrests on Tuesday night.

Those arrested were: 38-year-old Felix Abdiel Pintado Bernard, 28-year-old Angel Alberto Seda Ways, and 32-year-old Jennifer Medina Lozada, all from Lecanto. The arrests came after the investigators served a search warrant at two separate addresses on a five-acre property along South Kensington Avenue in Lecanto.

According to detectives, both homes were being utilized to traffic large amounts of cocaine. The search stemmed from a traffic stop earlier this year, during which one of the suspects, Ways, was charged with cocaine possession.

During the joint operation between local, state, and federal agencies, investigators learned that packages of cocaine were being mailed to multiple addresses within Citrus County, then picked up and delivered to the Kensington Avenue addresses. Over the six-month span, multiple kilograms of cocaine were seized, and through each seizure, detectives said they gathered additional information culminating in probable cause for the search warrant.

"This investigation is an exceptional example of what can be accomplished when different law enforcement and community partners work together to keep our citizens safe," said Sheriff Mike Prendergast. "Over a million dollars worth of cocaine has been taken off the streets as a result of this investigation. I cannot imagine the countless lives investigations such as this have saved. Our continual fight against illicit drug activity takes time and numerous personnel. Deadly drugs and those who deal in these dangerous substances have no place in our community." 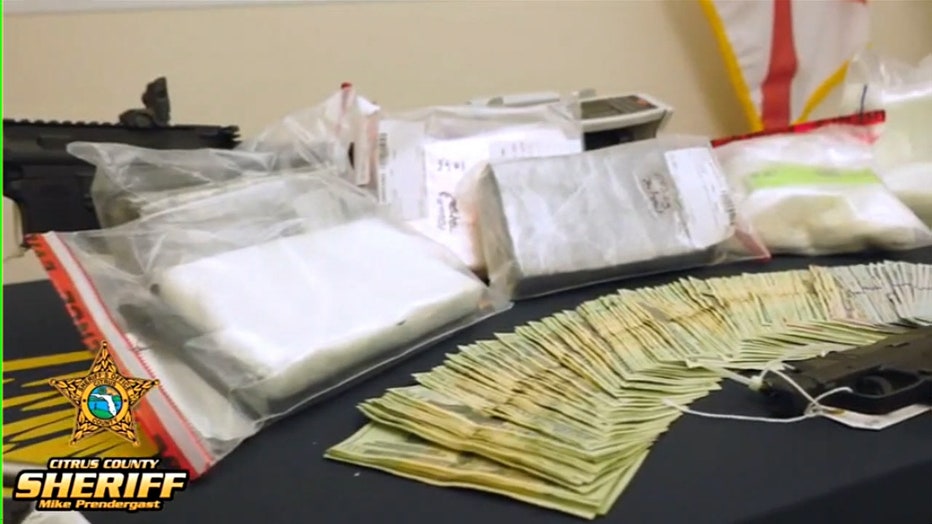 While serving the search warrant, CCSO said Ways and Lozada both fled on foot from the property but were apprehended within seconds. After a thorough search of the property, detectives located the following:

Over the duration of this investigation, a grand total of 8.98 kilograms of cocaine – which is 19.8 pounds. It's a street-level value of $1,077,735.48 was seized from this drug organization.

Ways is charged with trafficking in cocaine, carrying a firearm during the commission of a felony, carrying a concealed firearm, conspiracy to traffic cocaine, possession of drug paraphernalia and resisting without violence.

Lozada is charged with possession of a controlled substance with intent to sell, conspiracy to traffic cocaine, resisting without violence and possession of drug paraphernalia.

Bernard is charged with possession of a controlled substance with intent to sell, conspiracy to traffic cocaine, and possession of drug paraphernalia.