TAMPA, Fla. - It’s not a new city hall, but Tampa may be getting a new city center in a part of town that residents say is often overlooked: east Tampa.

"I love it. It’s just a beautiful place to live," said Althea Wynn. "I think it’s a secret most people don’t know about."

Wynn lovingly restored the east Tampa home where her grandparents lived while she was growing up. Now she is active in the Live Oak Neighborhood Association and has pushed for the new $101-million city center proposed at 2515 E. Hanna Avenue.

"It’s a commitment to the community," offered Sal Ruggiero, Tampa’s deputy administrator of infrastructure. "It does come with a high price tag, but the ultimate payoff, you can’t measure that, it’s going to it be phenomenal." 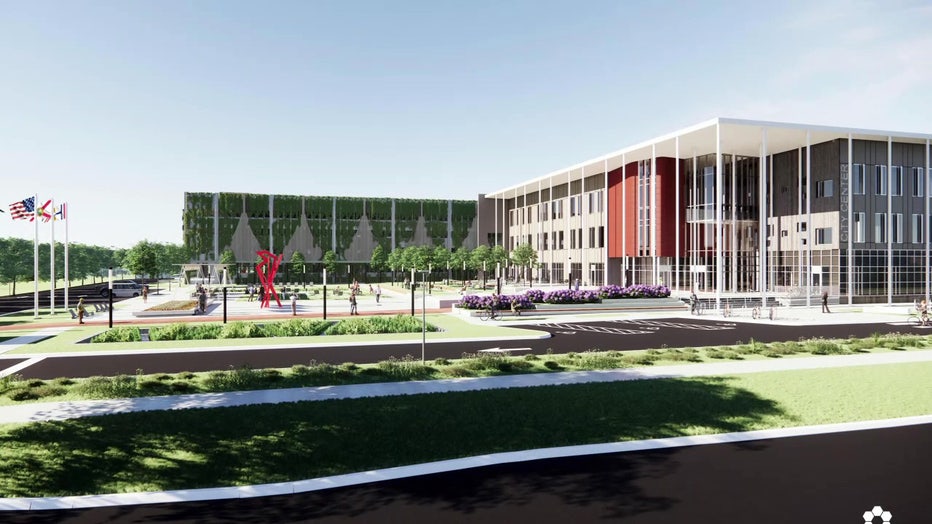 It’s to be built on the old site of the General Cable Company. The city has owned the land since 2015. Construction is set to begin in January with completion expected in March of 2023.

The city would use bonds to pay for the building. City Council will be asked to approve it Thursday.

Wynn believes the facility and activity around it will benefit east Tampa greatly.

A city spokesperson says there will not be a police station at the facility. She says some groups have protested against it even though there’s no plans for police in the new building.